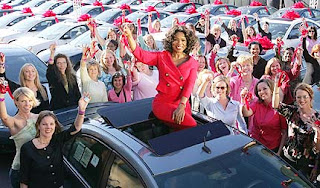 Oprah Winfrey undeniably is one of the world's richest entertainers, but we have to admit that she is also very generous!

Who can forget that in 2004 Oprah surprised her fans by giving each of her 276 audience members a new car to celebrate the premiere of her show's 19th season?? 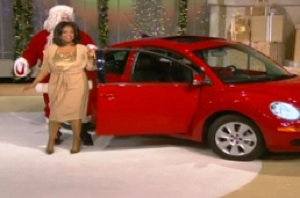 The billionaire talk show host told the audience that everybody will get a new Pontiac G-6 midsize 2005 sports sedan. But there were no simply words...Oprah kept her promise!!! Winfrey screamed and jumped up and down on the stage, shouting: "Everybody gets a car! Everybody gets a car!" 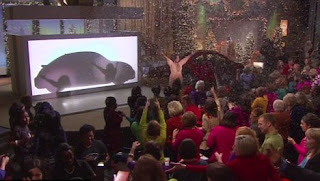 She then led the audience into the parking lot to check out their new cars.

Winfrey told the audience they will get to choose their own color(!) and the car will include special features such as XM satellite radio, OnStar Safety and heated leather seats.

Winfrey said the audience members were specially chosen, because family and friends had told the show's producers they needed new wheels. 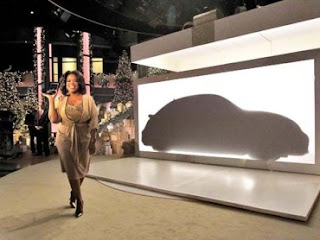 The cars, priced at $28,400 fully loaded, were donated by Pontiac, according to the carmaker. Pontiac, a division of General Motors had also agreed to pay sales tax for each member of the lucky audience.

In 2010, Oprah in the second part of her annual "Favourite Things" episode gave away a brand new VW Beetle to every member of her 275 strong audience.

Keys were handed out to the screaming crowd, who were the first group then to get behind the wheel of the new updated model, hitting showrooms next autumn. 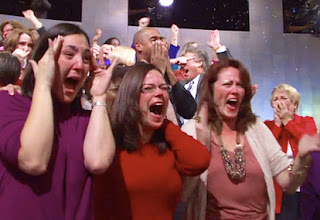 "Oh yeah, oh yeah, I gotcha, I gotcha," she yelled to the stunned audience after a massive gift box was opened to reveal the car's silhouette.

Oprah knows how to make people happy. Don't you think??