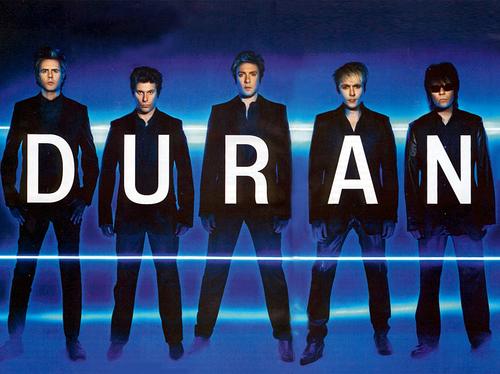 Duran Duran have had tenacious, three-decade long staying power with their danceable musicianship, sing-along choruses and their celebration of glamour and glitz.


Their latest video "Girl Panic!" captures the essence of Duran Duran, along with their irreverent humor.

In it, Duran Duran cleverly cast a host of supermodels (all of whom have been in their vids before) that live out the hedonistic rock and roll lifestyle, with champagne, hot groupies, awesome fashion and paparazzi. 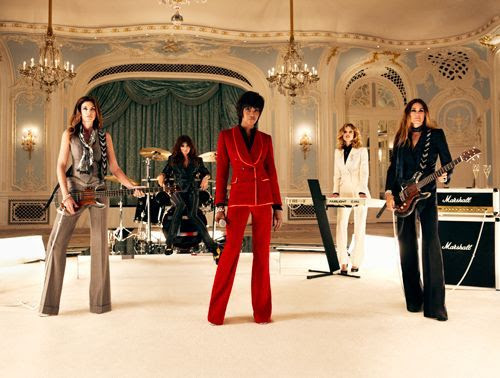 The real members of Duran Duran appear as supporting staff (bellhops, waitstaff, chauffeurs and press), and Domenico Dolce & Stefano Gabbana (as in that Dolce & Gabbana) even make cameos as fashion editors. We get it -- you guys are CONNECTED.

There's nostalgia amid the new flash, and it's thrown in rather hilariously. Crawford says, "I'm nostalgic for the old age, you know, the shoulder pads, the big hair, just a little throw back to that look," and Campbell cheekily adds, "Obviously we were the first to put models in our videos" before the video montages to many of the brilliant DD vids that came before this one. Oh, and the shoes! They are SPECTACULAR, as Herzigova reveals to a reporter in the video, "Love the shoes, I love the shoes!" Um, cosign.
The director is Jonas Akerlund. He collaborated with Lady Gaga, Madonna and many other artists.
You can watch the full video below... Feel free to comment!