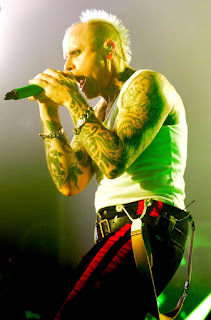 "The news is true, I can't believe I'm saying this but our brother Keith took his own life over the weekend," Howlett shared on his Instagram account, adding: "I'm she'll shocked, fuckin angry, confused and heartbroken...r.i.p brother".

An Essex police spokesman annouced that a 49-year-old man had passed away.

"We were called to concerns for the welfare of a man at an address in Brook Hill, North End, just after 8.10am on Monday," the police officer said, adding: "We attended and, sadly, a 49-year-old man was pronounced dead at the scene. His next of kin have been informed. The death is not being treated as suspicious and a file will be prepared for the coroner."