Is Oprah Winfrey The Godmother Of Beyonce's Baby ? 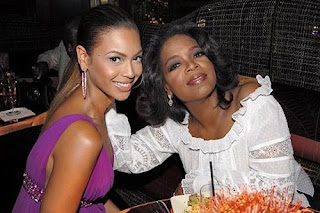 Oprah Winfrey would make an awesome godmother, don't you think? But not in this case!


Rumours broke this week that Beyonce and Jay-Z chose Oprah Winfrey to be the godmother to their baby daughter Blue Ivy. 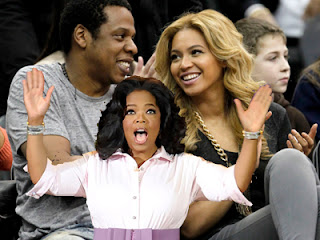 And even though the source of the story was dubious at best (Media TakeOut), why wouldn't the Knowles-Carters ask Oprah to be baby Blue’s godmother? She's friends with the superstar couple, after all -- Beyonce even performed on one of the final episodes of The Oprah Winfrey Show. She could guarantee the wee babe a lifetime of Favourite Things!

Still, if it's true, apparently Oprah is the last to hear of it.

Gayle King -- Oprah's best-friend, Holy Mother, and Servant of the Servants of Harpo Industries -- denied the rumours while co-hosting CBS This Morning. On today's show, she had this to say: "It's absolutely not true that she's [Oprah] the godmother." 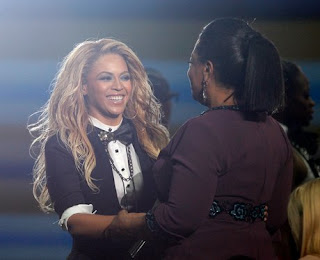 King continued: "She's friends with them, of course, and likes them both very much. She's working on sending them a baby gift."

"Let me just say, if [that report is] true, it is news to her. It is news to her," King continued. "You know, she was heading to South Africa when the baby was born."
Labels: Celebrities Gossip