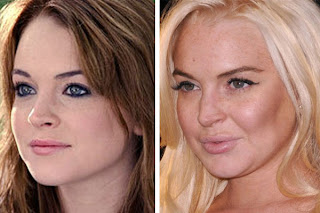 It's pretty obvious that Lindsay Lohan has changed dramatically through the years. To be honest, Lindsay is barely recognizable.

Many people claim that Lindsay Lohan has gone under the knife for multiple plastic surgery procedures. But what about her nose? 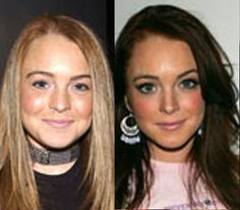 There are many rumors that Lindsay opted for a nose job  (rhinoplasty) early in her career. Well, judging by the before and after photos, one can easily figure out that Lindsay's nose is smaller, a more refined version that sits well on her face. It was an example of a good plastic surgery then. 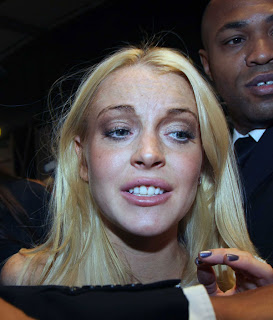 It appears though that Lindsay has gone too far with plastic surgery. In fact, it looks like Lindsay became addicted to cosmetic surgery... 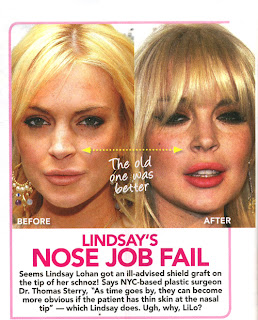 "In Touch" magazine has published a shocking photo of Lindsay's nose with a botched tip.

A plastic surgeon told "In Touch Weekly" that Lindsay Lohan has had a "shield graft" on her nose. 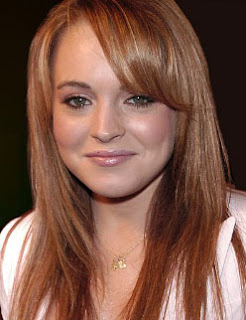 "I suspect that hard living combined with some plastic surgery is causing her to look virtually unrecognizable"  he went on to say.


"Her nose also looks thinner than it used to," Dr Anthony Youn revealed.  "Could it be possible that she's had a nose job (rhinoplasty)? Maybe! Her plastic surgeon should really stop working on her and send her to a therapist. It looks like the last thing she needs is more plastic surgery." 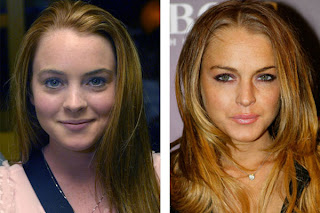 "She looks nothing like the pretty young girl on Freaky Friday, although "freaky" is a good word to describe her appearance," celebrity plastic surgeon Dr. Anthony Youn, who has not treated
Lindsay, quoted as saying. 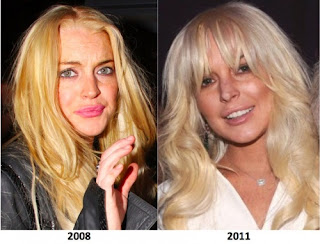 What do you think of Lindsay Lohan's nose job?

Has she gone too far with plastic surgery?