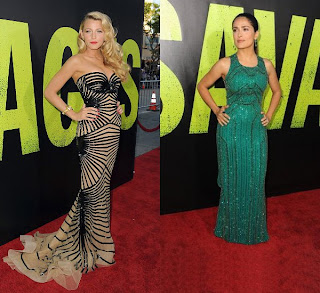 The stars hit the red carpet for the premiere of Oliver Stone's new film "Savages" in Los Angeles on Monday night. Guess who was the talk of the red carpet? Blake Lively !!!


When asked about collaborating with Lively, Hayek told Celebuzz: "She’s an incredible actress and she’s a great person." 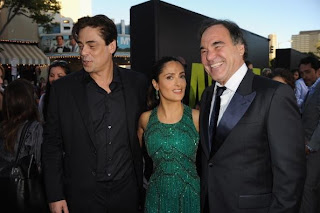 It has to be noted that Salma Hayek, 45, and Blake  Lively, 24, evidently sparked up a friendship during filming:


"It was really fun to work with someone so professional, and so smart and with a director (Oliver Stone) who gave us so much space to really create and be apart of it,"quoted as saying Hayek. "But also, when you are with a lot of boys it’s great to have a sister, you know, to be there with you." 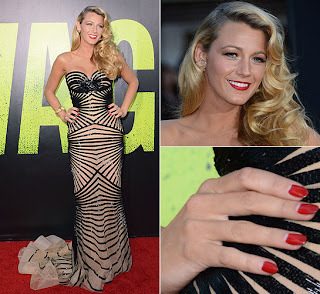 Sandra Echeverría who plays Hayek’s daughter in "Savages" got to know Lively during shooting, and she also had nice things to say about Blake: "She’s such a sweet girl. She’s so talented, I’m amazed with her because she’s so young and she’s done so many things. She’s so talented and humble. She’s so sweet in person. She’s going to be a huge star."

Blake Lively posed for photographers and spoke to the media before jetting to catch a flight. 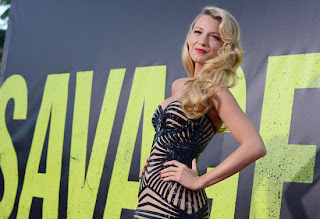 It has to be mentioned that Blake was overheard on the red carpet apologizing to director Oliver Stone for needed to leave so quickly.

It appears that Blake Lively is adorable! What do you think?