Bristol Palin: The Real Reason She Refuses To Let Levi Johnston To See Their Son 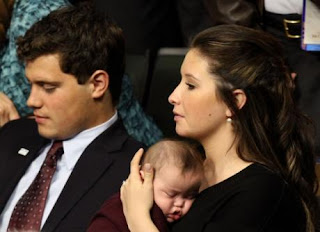 Bristol Palin has refused to let her baby daddy Levi Johnston see their son Tripp. Wanna know the reason? Hold your breath! According to Levi's fiancee the real reason is because he refused to participate in her new reality show!!!

"Levi saw Tripp twice in January and shortly after that, Bristol’s people offered him about $10,000 to appear on one episode (of her show)," his current baby-mama-to-be Sunny Oglesby told the new issue of  Star magazine.

"It’s clear they thought it would boost the ratings, but Levi wants nothing to do with her show," Sunny, who is seven months pregnant, stated about the interest in having Levi on Palin's new reality hit: "Life’s a Tripp". 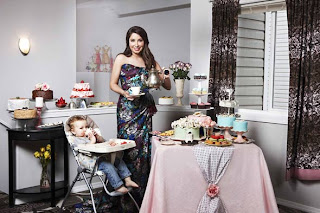 It has to be noted that Sarah Palin’s daughter subsequently turned on Levi in spite after he turned down the show offer, Sunny claims.


"Bristol got so angry after he refused that she hasn’t let Levi see or talk to Tripp since," she alleges.

On Father’s Day Levi wrote on his Facebook page to his young son: "Miss and love you, Tripp. Wish you were here". 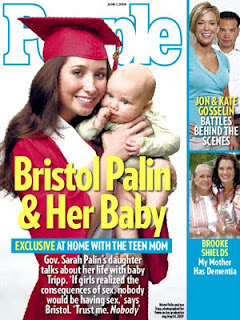 Even though he hoped for his own reality show at one point, Sunny revealed that Levi is now done with showbiz.
"He’s through with Hollywood and happy to be back home in Alaska" she quoted as saying.

Sunny claims that Levi is working to pay Bristol the $20,000 he owes her in child support but that Palin has taken drastic measures to ignore the father of her child.

"She’s ignored Levi’s pleas to see his son. It got to the point where she simply changed her number," she added.

For those who want to know more exclusive information about Levi and Bristol’s battle over their son, pick up the latest issue of Star magazine on newsstands Thursday.

Bristol Palin is extremely selfish and heartless.
It is apparent that she uses her own child for a variety of reasons. Her behaviour is at least inexcusable, isn't it?