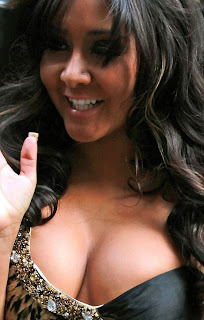 After a weight-reduction plan, the tiny Snooki told E! she is planning to go under the knife for a boob job.

"They're a good size now, but I want them like this (lifted) when I'm not wearing a bra,"Snooki explained , cupping and lifting her chest up.

In case you are wondering when Snooki will go for a boob job, Snooki reveals: "Very soon. Very soon. I hope in the next couple of months." 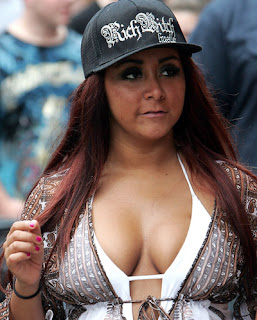 The decision has already gotten an enthusiastic response from one of her MTV "Jersey Shore" cast mates.


"I’ll go in and get mine redone to make her feel better," she added.

You may wonder: "Why Snooki wants so much to get a boob job?"

Well, Snooki plans to give herself a boob job as a reward for reaching her weight loss goals! 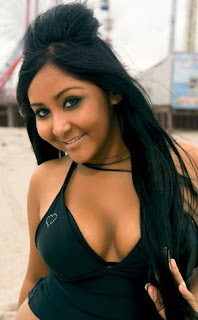 Snooki even tweeted that she wants to get "big knockers" like her best friend, Jenni "J-Woww" Farley!

Snooki was making reference to her Jersey Shore co-star Jenni "JWOWW" who has a set of infamous breast implants and has no shame telling people she had got a boob job. Snooki has expressed interest in them, but has not admitted to getting a boob job done.

Snooki also discussed the topic of boob job with talk show host Wendy Williams. "I really want to get my boobs done but I’m scared. Because you know, like, when you hear those stories that you are under anesthesia and that you feel everything but you can’t say anything. I’m scared that is going to happen to me." 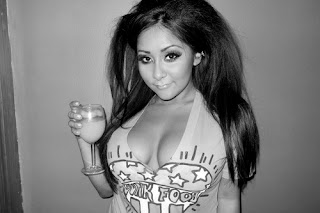 On the show, Snooki quoted as saying: "Well my boobs are great, but um, when you lay down, you know if you have natural boobs, they go to the side and it’s annoying. And I always want them to just stay there." 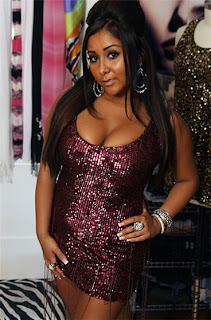 Given Snooki’s dramatic weight loss, she may find her boobs more "annoying" as weight loss can cause sagging and a loss of fullness in the boobs that may be aided by a boob job!


According to Dr. David Shafer: "Sometimes with weight loss or just with aging, the breast start to droop.  Moderate sized implants can give a nice pick-me-up."

Miami plastic surgeon Dr. Michael Salzhauer claimed: "It is very common for women to loose volume in their breasts when they loose a good amount of weight and body fat. To restore her decreased breast size Snooki can consider a breast augmentation.  I would recommend a silicone implant to give her the most natural looking results- if that is the look she is going for." 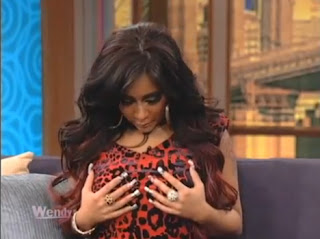 The good thing is that Snooki considers the boob job surgery carefully and doesn't rush into decisions that she might later regret.

Will Snooki get a boob job done?