Anne Hathaway On Haircut: "I Was Inconsolable" 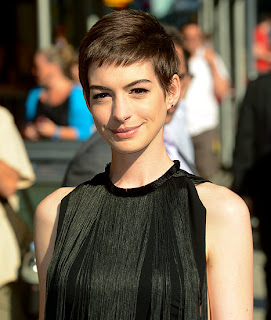 Some of Anne Hathaway's fans were shocked when she chopped off her long chestnut hair into a severe, boyish haircut for the role of Fantine, the dying prostitute in the big-screen adaptation of Broadway musical "Les Miserables." It seems that Hathaway was pretty distraught herself as well!


Fessing up to the trauma on Thursday's "Live! With Kelly," Hathaway, 29,  states: "I wasn't expecting it to be a big deal. It was my idea to do it, since it was something the character did ... (But then) I realized I couldn’t take it back."

Hathaway broke down into hysterics at the time, she claimed. "(I was) a mental patient level of crying ... I was inconsolable." 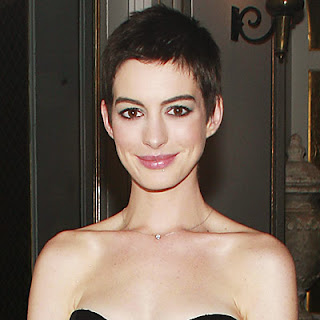 The drastic cut was more difficult than "doing back flips out of windows and jumping off buildings," reveals Hathaway, who performed such stunts in "The Dark Knight Rises", out this month.


It has to be noted that Hathaway presumably will grow out her hair again when she walks down the aisle. She and fiance Adam Shulman, also an actor, are set to wed in October 2013.