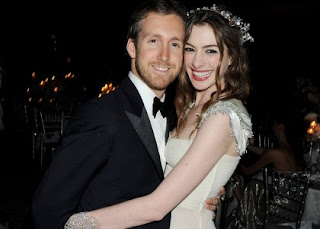 Anne Hathaway and fiance Adam Shulman undoubtedly were celebrating something exciting on Thursday night and according to eyewitnesses the couple was extremely happy and  they may possibly have just announced baby news to their families!

"Not only did both Anne and Adam have their parents at dinner with them, which is unusual, but the amount of enthusiasm and excitement made it clear that they were celebrating some major news," an eyewitness quoted as saying. 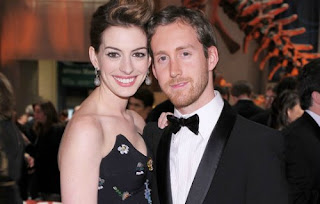 "And while everyone else sipped on wine at dinner, Anne didn't drink any alcohol, which is an indication that she could be pregnant" the source added.

It has to be mentioned that while saying their goodbyes after dinner at Picholine on the Upper West Side of Manhattan, the entire party was ecstatic and couldn't get in enough hugs and kisses. 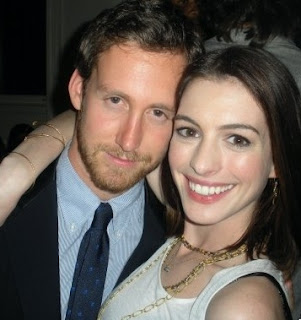 "Anne and Adam are already engaged, so the only other good news could be a baby on the way!" the eyewitness revealed.


"Anne has been getting flack lately for her weight loss, but last night it looked like there was a bump on her belly" the source continued.

It has to be noted that Anne and Adam have been engaged since last November, but have yet to announce a wedding date.