The LGBTQ organization annouced on Tuesday that the pop star has raised awareness around the HIV/AIDS epidemic and showed her full support at international LGBTQ issues over the years.

GLAAD president and CEO Sarah Kate Ellis said in a statement: "Madonna always has and always will be the LGBTQ's community greatest Ally and it is only fitting to honor and celebrate our biggest advocate at GLAAD's biggest event ever." 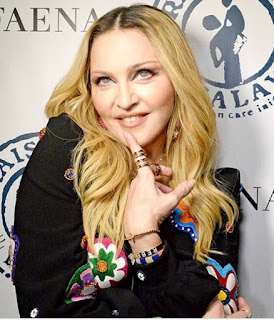 "From the HIV crisis to international LGBTQ issues, she fearlessly pushes for a world where LGBTQ people are accepted. Her music and art have been life-saving outlets for LGBTQ people over the years and her affirming words and actions have changed countless hearts and minds," Sarah Kate Ellis added.

The Queen of Pop is the first woman to get the award after former president Bill Clinton, who was awarded back in 2013.

GLAAD notes that Madonna, 60, inspired Ellen DeGeneres to come out in 1997.