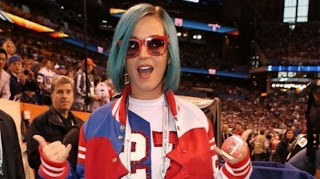 Katy Perry  proudly announced that she's already got her eye on a new guy.

In her first U.S. performance since her very public split with husband Russell Brand, the singer, 27, took to the stage Saturday and joked that she had a special fellow on her mind.

Wonder who he is? Tim Tebow!

During her performance at an afterparty for DIRECTV's Sixth Anual Celebrity Beach Bowl, Perry winkingly dedicated her single "Peacock" to the NFL star. 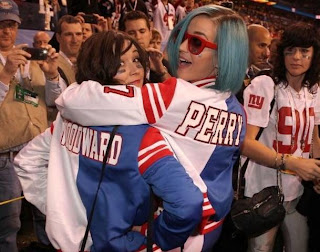 She also gave a shoutout to Madonna, who performed at the Super Bowl halftime show Sunday. The Material Girl's daughter Lourdes was spotted at Perry's show, according to "People Magazine".

Earlier that same night, Perry helped present awards at the "NFL Honors" awards ceremony alongside Hollywood heavyweights Alec Baldwin, Jon Hamm and Jimmy Fallon, during which she also gave a shout-out to the Denver Broncos quarterback.


Tebow's own parents are missionaries. 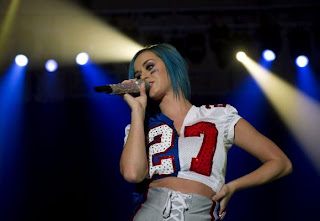 Perry's religious parents were reportedly a large factor in her decision to split with Brand, 36. According to sources, Brand repeatedly mocked Perry's parents' religious beliefs, and that, coupled with other marital stresses, led to their split late last year.

For now, however, Perry is choosing to kick off 2012 with a positive attitude.

On Saturday, an insider told People, "She was having the best time and was in such a good mood."
Feel free to comment and share this blog post if you like it!
Labels: Gossip Katy Perry Madonna