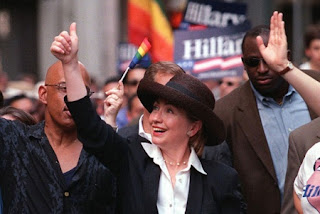 On December 7, 2003, in an interview with John Roberts of CBS News, Hillary Clinton expressed her opposition to same-sex marriage while affirming her support for some form of civil unions for same-sex couples: "I think that the vast majority of Americans find (same-sex marriage) to be something they can't agree with. But I think most Americans are fair. And if they believe that people in committed relationships want to share their lives and, not only that, have the same rights that I do in my marriage, to decide who I want to inherit my property or visit me in a hospital, I think that most Americans would think that that's fair and that should be done."

In the same interview with John Roberts, Clinton expressed opposition to the Federal Marriage Amendment, a proposed constitutional amendment that would have defined marriage as the union of one man and one woman, implicitly banning same-sex marriage. 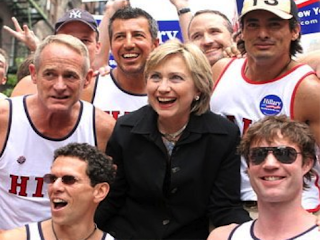 "I think that would be a terrible step backwards. It would be the first time we've ever amended the Constitution to deny rights to people. And I think that should be left to the states. You know, I find it hard to believe in one program (health care) I'm agreeing with Newt Gingrich, now I'm about to agree with Dick Cheney. But I think Vice President Cheney's position on gay marriage is the right one" Clinton quoted as saying. 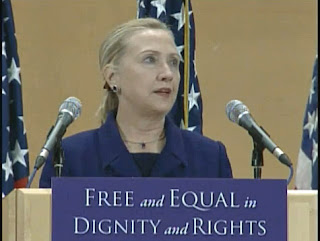 
In a March 2007 interview with ABC News correspondent Jake Tapper, Clinton claimed that the U.S. military's "Don't ask, don't tell" policy was not working and that openly homosexual people should be allowed to serve: "We are being deprived of thousands of patriotic men and women who want to serve their country who are bringing skills into the armed services that we desperately need, like translation skills." 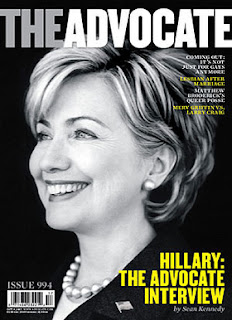 In the same interview, when asked if homosexuality is immoral, she refused to respond: "Well I'm going to leave that to others to conclude." However, later that day, Clinton released a statement regarding US General Peter Pace's comment that homosexual acts are immoral. Clinton told: "I disagree with what he said and do not share his view, plain and simple."She went further the following day, stating that "what I believe" is that "homosexuality is not immoral."

In August 2007, Clinton participated in a forum hosted by the Human Rights Campaign and Logo. When responding to questions regarding same-sex marriage, Clinton revealed she would move to repeal the third section of the Defense of Marriage Act, which federally defines marriage as the union of one man and one woman. She says she seeks to repeal the "Don't Ask, Don't Tell" policy. 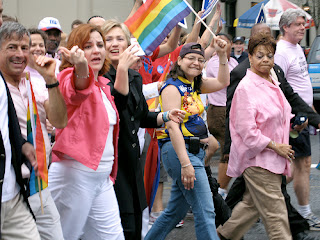 Although Hillary has not endorsed same-sex marriage, "The Advocate" revealed that "everyone suspects she privately supports it..."

It has to be noted that when Clinton addressed a United Nations human-rights group in Geneva in December 2011, she claimed, movingly: "Being LBGT does not make you less human. And that is why gay rights are human rights, and human rights are gay rights." On the other hand, Hillary in fact did not mention gay marriage in the United States or elsewhere. 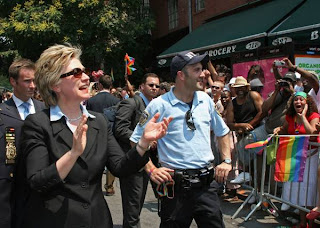 It has to be mentioned that Clinton referred to the the legalization of gay marriage at a State Department event hosted by Gays and Lesbians in Foreign Affairs Agencies "gives such visibility and credibility to everything that so many of you have done over so many years."

Clinton opposed same-sex marriage and backed civil unions during her time in the Senate and while running for the Democratic presidential nomination in 2008 and as she claimed in an interview in 2011 her views on the subject had not changed.

What are your thoughts on Hillary Clinton's views about gay marriage?