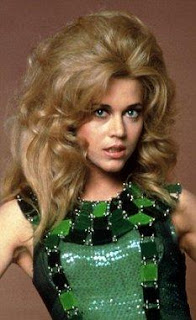 2. A good many dramatic situations begin with screaming.


3. To be a revolutionary you have to be a human being. You have to care about people who have no power.

4. We cannot always control our thoughts, but we can control our words, and repetition impresses the subconscious, and we are then master of the situation.

6. But the whole point of liberation is that you get out. Restructure your life. Act by yourself.

7. A man has every season while a woman only has the right to spring. 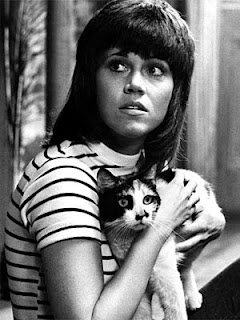 8. I'm an assistant storyteller. It's like being a waiter or a gas-station attendant, but I'm waiting on six million people a week, if I'm lucky.


9. If the career you have chosen has some unexpected inconvenience, console yourself by reflecting that no career is without them.

10. Telling lies and showing off to get attention are mistakes I made that I don't want my kids to make.

11. When you can't remember why you're hurt, that's when you're healed.

13. If you're ever in a situation where you're not getting served or you can't get what you need, just cry. 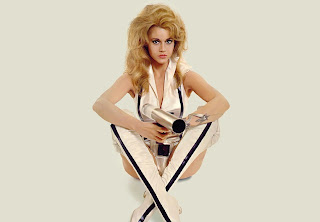 14. My mother killed herself when I was 12. I won't complete that relationship. But I can try to understand her.

15. I don't think there's anything more important than making peace before it's too late. And it almost always falls to the child to try to move toward the parent.

16. Women are not forgiven for aging. Robert Redford's lines of distinction are my old-age wrinkles.

17. My husband said he wanted to have a relationship with a redhead, so I dyed my hair.

18. You can do one of two things; just shut up, which is something I don't find easy, or learn an awful lot very fast which is what I tried to do. 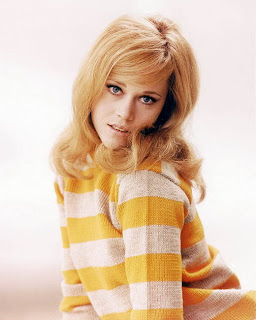 19. It is extraordinary how the house and the simplest possessions of someone who has been left become so quickly sordid. Even the stain on the coffee cup seems not coffee but the physical manifestation of one's inner stain, the fatal blot that from the beginning had marked one for ultimate aloneness.


20. Working in Hollywood does give one a certain expertise in the field of prostitution.

21. I don't know if a country where the people are so ignorant of reality and of history, if you can call that a free world.

22. The reason why I left 15 years ago was because it was becoming agony for me, ... But I'm a very different person, so I wondered if it would be fun again. You know, why not?

23. If you don’t have a parent or an adult, a teacher or a mentor … really see you, really love you: "Yes, there are things you do I don’t like, but you’re fantastic, you’re good enough. I love you." If that never happens to a child, the child assumes it’s her fault and tries to compensate for it.

24. The script came along and it was funny and it gave me the chance to play an outrageous character and I've never done anything before quite like her. 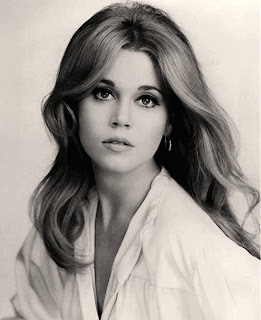 25. I'm proud I went to North Vietnam because Nixon was lying to us.

28. Yeah, but I can look at it now and laugh at it, and find it very charming.

29. If that's what he wanted, I'd give it to him in spades. I wasn't going to write about it. I got enough enemies, right? There’s enough people who don’t like me. I’m not going to go into this.

30. I would be a distraction - and the vacuum has been filled. That said, I plan to speak out and write some op-ed pieces, but no bus tour. 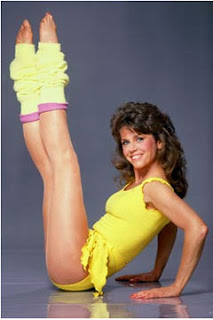 31. Where Have All the Flowers Gone?


32. In spite of the incident, my experience in Kansas City was wonderful and I thank all the warm and supportive people, including so many veterans, who came to welcome me last night.


33. We need to get a majority on the school board.

35. What the right wing has done to Sheehan is despicable.

36. Promulgate their right wing, narrow world view. It really doesn't have anything to do with me and it's kind of sick. 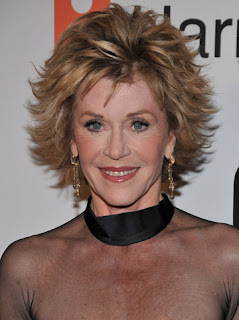 37. This was an organization of men who risked their lives in Vietnam, who considered themselves totally patriotic.

38. He's my favorite ex-husband. We get along great. I love to fish, and he has some beautiful property down there.

40. Just watching Bette Davis on the screen was empowering to women, I think. Certainly was to me. It was like: This is what's possible. This is the range and depth that is possible for a woman.

41. The challenge is not to be perfect…it’s to be whole.

42. The bravest soldiers aren't unafraid, but they're the ones who are able to harness their fear on behalf of courage. 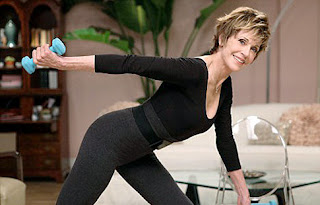 43. I am still baffled by those who feel that criticizing America is unpatriotic, a view increasingly being adopted in the United States since 9/11 as an excuse to render suspect what has always been an American right. An active, brave, outspoken (and heard) citizenry is essential to a healthy democracy.

45. Acting with (Laurence) Harvey is like acting by yourself - only worse. (Jane Fonda on her 1962 film "Walk on the Wild Side")

46. It hurt so many soldiers. It galvanised such hostility. It was the most horrible thing I could possibly have done. It was just thoughtless. (expressing regret at her support for the Viet Cong) 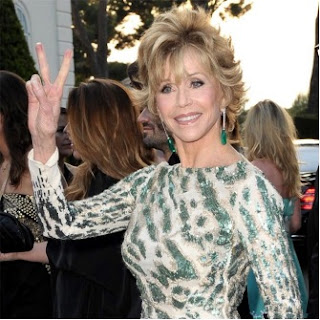 47. I'm a very brave person. I can go to North Vietnam, I can challenge my government, but I can't challenge the man I'm with if means I'm going to end up alone.


48. If you understood what Communism was, you would hope, you would pray on your knees that one day we would become Communist. (speaking to students at the University of Michigan in 1970)

49. I, a Socialist, think we should strive toward a Socialist society, all the way to Communism.

50. I would have given up acting in a minute. I didn't like how it set me apart from other people. 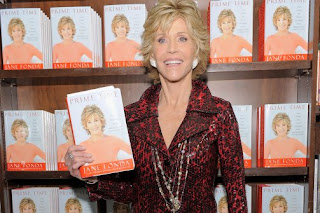 51. The image of Jane Fonda, Barbarella, Henry Fonda's daughter ... sitting on an enemy aircraft gun (in North Vietnam) was a betrayal...The largest lapse of judgment that I can even imagine.


52. It's hard to imagine a happy ending to the US-led war in Iraq. What's it going to mean for stability as a nation, for terrorism, for the economy I can't imagine. I think the entire world is going to be united against us.

53. (accepting her father's Oscar for On Golden Pond): "I'll bet when he heard it just now he said: "Hey ain't I lucky?" As if luck had anything to do with it."

54. People think actresses find public speaking easy, and it's not easy at all; we're used to hiding behind masks.

55. When I start down a path that I know is the right path, I go with all of me. 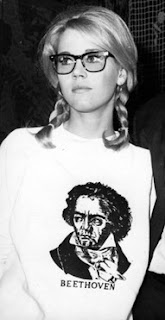 56. I wanted to do a tour like I did during the Vietnam War, a tour of the country. But then Cindy Sheehan filled in the gap, and she is better at this than I am. I carry too much baggage.


57. I thank God and I thank Ted Turner (her estranged husband) everyday that i don't have to make movies.


What do you think of Jane Fonda's quotes?