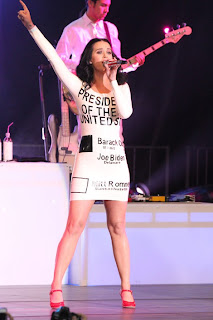 Katy Perry has creatively (and definitely bodly!) expressed her support to Barack Obama.