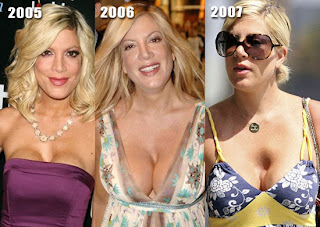 It appears that big boobs are a big issue according to Tori Spelling.

In an interview with "Good Morning America," the 38-year-old pregnant actress revealed in 2011 that as a mother, her biggest regret is getting breast implants when she was younger. 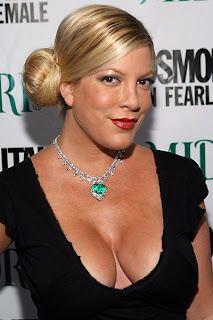 "Well I got my boobs done in my early 20's and if I had known it would or could possibly impact production of milk, I would never have had them done," Tori quoted as saying.


It is very normal Tori has regrets getting a breast augmentation during her youth because she was not aware that the procedure would affect her ability to breastfeed her children.

"I love being a mom. I'm on my third baby. We want to have more. Like, that's my role. These (big breasts) don't matter" Tori added. 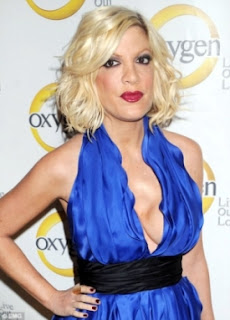 It has to be noted that there are unpleasant dents in Tori Spelling’s cleavage after her breast augmentation with silicone implants. Just like many other celebrities who augmented their breasts with artificial breast implants in younger years, she now suffers from the consequences of her XXL silicone breasts. On the other hand, it appears that Tori obviously is less concerned about the dents.


According to plastic surgeon experts, the surgical process of breast augmentation with silicone implants often causes the disruption to the lactiferous ducts of the breast, resulting that the breastfeeding ability may be affected or even completely lost. 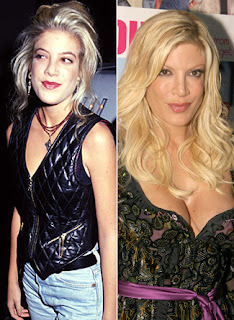 According to plastic surgeon Dr. Heinrich: "The natural function of the breast remains completely intact at a breast augmentation with stem cell-enriched autologous fat. The enlargement of the breasts at the breast augmentation with stem cells is solely performed with autologous tissue in order to enable a long-term consistent result. Augmented breasts with stem cell-enriched autologous fat provide an absolutely natural appearance in any position and of course, also during motion. Dents due to slipped silicone implants as they have occurred in Tori Spelling’s case cannot happen by performing the stem cell method!" 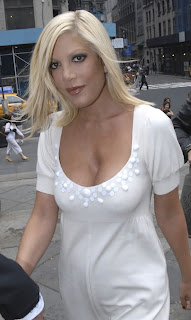 To be fair, Spelling’s breast looked a bit odd in 2011 because she  was expecting! It is well known that pregnancy affects the breasts dramatically even implants.

Plastic surgery experts told "Hollywood Life" then: If Tori is pregnant, this may be why her implants have gotten slightly unshapely! 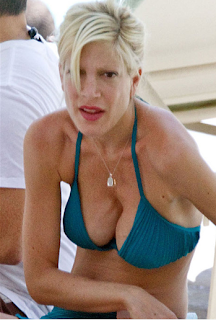 It is proved that plastic surgeon experts were absolutely right!