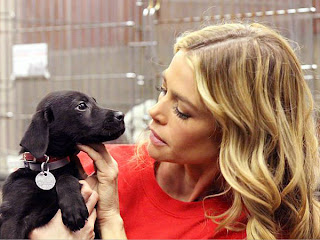 Denise Richards traveled to New York to talk about disaster relief after Hurricane Sandy and she ended up adopting a puppy!

When Richards visited a North Shore Animal League America shelter in Long Island, N.Y., on Saturday to help spread the word about relief efforts in the area and encourage adoptions, she met one shelter resident and couldn't resist. 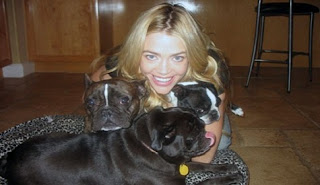 "My daughters came with (me), and we went home with a little girl," Richards revealed to PEOPLE. "The girls named her Lily. We went back and forth: "Should we name her Sandy because that was the name of the hurricane?" But it's also such a tragedy. So the girls picked Lily."

The little puppy is adjusting well to her new home and to the other dogs in Richards's pack.