"Human Barbie" Valeria Lukyanova Under The Microscope Of A Psychology Expert 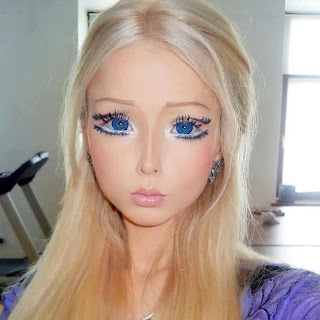 "The Human Barbie", Ukrainian model Valeria Lukyanova who became a web sensation and recently flaunted her figure and porcelain doll-like face in her first photo shoot for V Magazine, where she opened up about her obsession with looking like the timeless Mattel Toys icon, and not to mention her flying-with-the-fairies personality are equally disturbing according to a psychology expert.