While her dad, George W., was president, Jenna Bush swears she ran into one (or more!) of the allegedly numerous White House ghosts. Her bedroom, you see, was graced with a fireplace—which she claimed has a tendency to play 1920s-era music. One night after hearing such music emanating from the fireplace, Jenna ran into her sister’s room. Her sister, of course, didn’t believe her—until the next night, when she stayed in Jenna’s room with her. Seeing may be believing, but hearing might be, too.

Anna Nicole Smith didn’t just encounter a ghost—she had sex with one. Regularly. The first time that it happened, she thought that it was her boyfriend; however, she soon figured out that this wasn’t the case. She was pretty okay with it, though—she said the sex was great!
3. Kate Hudson

Kate Hudson revealed during the filming of Skeleton Key that she’s had her fair share of ghostly encounters. She’s seen a ghost with no face—a commonly ghostly archetype—more times than she can count, and once, the spirit of her grandmother visited her. At least granny’s still looking out for her from beyond the grave!

4. Nicolas Cage
Nic Cage also has a whole bunch of ghost stories in his arsenal. His favorite, though, involves a time that he was staying at Francis Ford Coppola’s house in Napa Valley. Nic was staying in the attic when late one night, a woman with big hair appeared. At first, he thought it was his aunt. But when she approached him… well, let’s just say that he found out quite quickly that it was NOT his aunt. He doesn’t know who it was, but she scared the bejeesus out of him.

In 2003, everyone’s favorite shirtless wonder was living in a haunted house. The first time he encountered his ghost, he freaked out: He kept hearing noises that sounded like a dime getting dropped about ten feet (have you ever heard a dime get dropped ten feet? It’s loud. Seriously.) He leapt out of bed—buck naked, of course—grabbed a baseball bat, and started running around the house like a mad man. He’s since made his peace with his ghost, though; he calls her Madame Blue, and he says that they get along quite well. He suspects his constant nudity has something to do with it.
6. Keanu Reeves

Keanu’s tale doesn’t really have a resolution, but it’s a creepy image all the same. When he was five, he and his sister encountered a ghost in the house they were living in. The ghost wore a white double-breasted suit—except that he had no legs. Spooky.
7. Ace Frehley 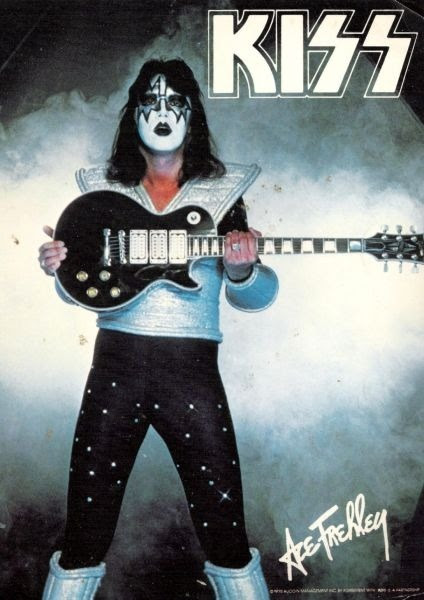 KISS guitarist Ace Frehely got punched in the face by a ghost once. Well, maybe “punched” is the wrong word, since his ghost wasn’t corporeal; it did, however, grab a book off the top of a water cooler in his recording study and throw it at his head. It landed. Ouch.
8. Taylor Momsen

Taylor Momsen the Devil Child has not only seen ghosts, but more importantly, has actually gone looking for them on her own: After her mother’s elderly neighbor died, young Taylor promptly decided that the thing to do next was to go ghost hunting. So naturally, she went into the deceased lady’s home and had a good look around. Taylor claims she snapped two clearly ghostly photos: One of a disembodied hand on a typewriter and one of the old woman’s whole body visible in a window. 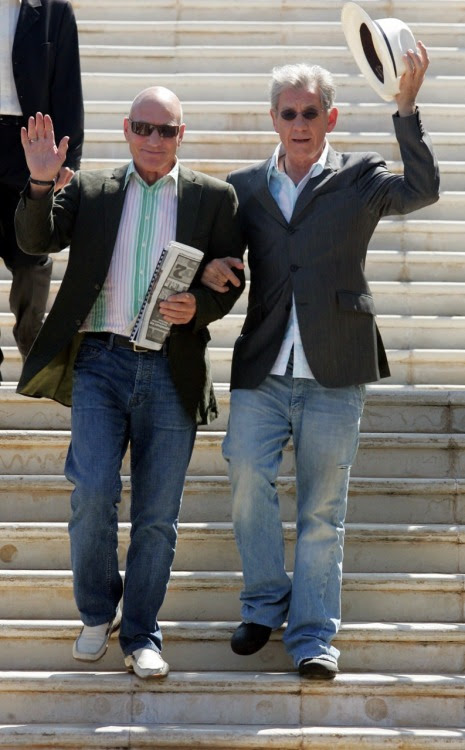 When British acting greats Patrick Stewart and Ian McKellen  were performing Samuel Beckett’s play Waiting for Godot at the Haymarket Theatre in London, Patrick had a night where he froze for a moment in the first act. Later on, Ian asked him what had happened. His response? “I just saw a ghost onstage during Act I.” If there was ever a good reason to freeze up, that’s certainly it! They found out afterwards that the ghost is believed to be that of John Baldwin Buckstone, an actor-manager from times gone by who tends to appear during comedies performed at the Haymarket. Now, I know some might not classify Godot as a comedy, but I beg to differ—and so, apparently, does John Baldwin Buckstone.
10.  Alyson Hannigan 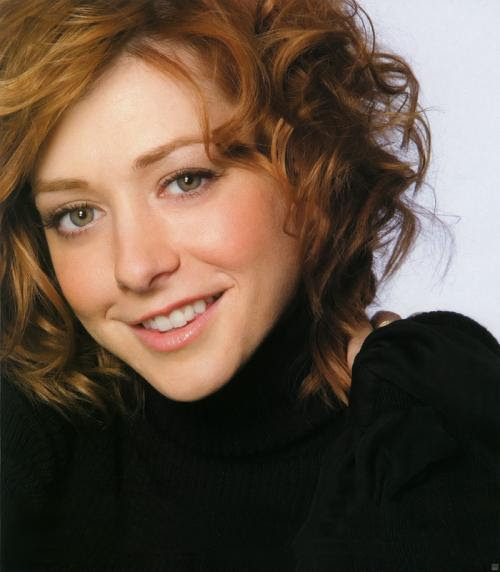 The How I Met Your Mother star lives with her husband and daughter—and a ghost! He’s appeared a few times, most notably once in the bathroom window. The kicker is that Alyson knew that at that time, it couldn’t possibly be her husband, Alexis Denisof. She’s not sure who the ghost is, but she kind of wants to find out. So maybe there’s still a story yet to unfold!
11. Joe Hill 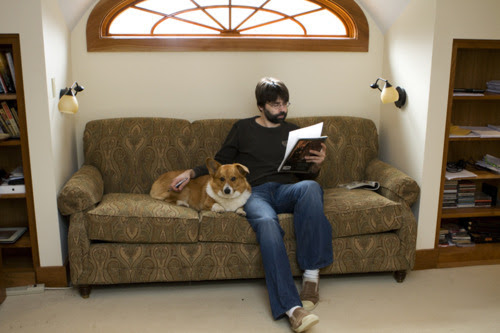 Stephen King isn’t the only writer in the family! His son ,Joe Hill,  has been making literary waves of his own with novels such as "Heart-Shaped Box" and "Horns", a short story collection entitled 20th Century Ghosts, and the comic book" Locke and Key."

" Locke and Key" was recently made into a television pilot . On his way back from shooting the pilot in Pittsburgh, Joe found himself in a ghost story of his own. He stayed at the Bethlehem Hotel in Pennsylvania, which not only acknowledges itself as a haunted hotel, but which profits off of it: They have a package called “A Room with a Boo” that includes a stay in room 932, the hotel’s allegedly haunted room. Alas, on the night Joe was to stay there, 932 was booked; so instead, he stayed in the room directly below it. It’s possible that 832 gets the residual effects of 932, though, because in the middle of the night, Joe woke up feeling more terrified than he had ever felt before in his life. He was certain that there was something in the room with him sitting on the end of his bed, but he found himself paralyzed and couldn’t life his head to see who—or what—it was. He could scream, though—which he did, as loud as he could. Which, by the way, was followed by a whole bunch of thumping from the room above him. Guess he gave room 932 a “boo” all his own!
If you found this blog post interesting, feel free to share it!!!
Labels: Celebrities Gossip Lifestyle Weird