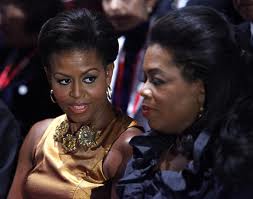 Oprah Winfrey and First Lady Michelle Obama have clashed repeatedly behind the scenes, an unseen war that has dramatically played out before and during Barack Obama's presidency, according to a new book filled with blockbuster allegations.

The book is titled "The Amateur: Barack Obama in the White House". It is written by former "New York Times Magazine" editor Ed Klein, who charges that a highly distrustful Michelle accused Oprah of wanting to use the "White House" to pump up her TV ratings and that both women have traded insults about each other with close associates. 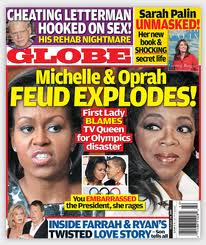 Michelle Obama allegedly insulted Oprah's weight at one point, with Oprah claiming that the First Lady "hates fat people."The book, due out this week, is excerpted in "Sunday's New York Post".

When Obama gained Oprah's endorsement for the 2008 presidential election, the legendary talk show host enjoyed a close relationship with both the future president and his wife. But once the election was over, the author claims that Michelle and her staff rudely pushed Oprah aside, while the president remained close to the talk show queen. 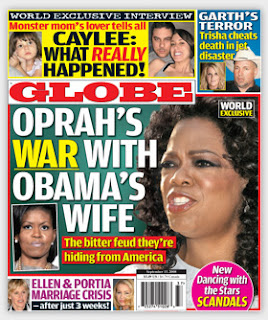 In one particularly outrageous allegation, Klein writes that Michelle rejected Oprah's invitation to make an appearance on her TV show to talk about childhood obesity, one of many causes adopted by the First Lady.


The book claims that Oprah then raged: "Michelle hates fat people and doesn’t want me waddling around the White House!"
Klein, a regular contributor to "Vanity Fair", follows that allegation with another bombshell, writing that Michelle told her staff: "Oprah, with her yo-yo dieting and huge girth, is a terrible role model. Kids will look at Oprah, who’s rich and famous and huge, and figure it’s OK to be fat." 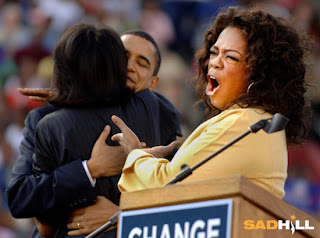 One unnamed source in Klein's book even charges that Michelle believes Oprah allegedly encouraged Hillary Clinton to run against President Obama in the upcoming election.


Klein and his sources contend that the President has remained close to Oprah but that Michelle began pushing her away shortly after the 2008 election, refusing to return calls and instead letting aides deal with Oprah. 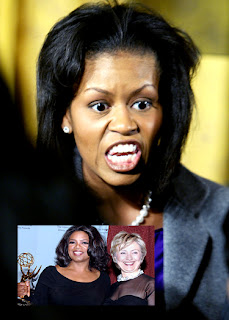 In addition, as Oprah prepared to interview Michelle at that time, she was forced to get approval of her interview questions from Jeff Stephens.


The book also contends that two of Michelle's advisers were unhappy with Oprah's influence and that the talk show host was so comfortable with her access to the President, she had a plan to redecorate the Lincoln bedroom!

The author quotes sources close to Oprah claiming that Michelle is "very jealous" and lacks trust in her husband.

These sources also contend that the president phones Oprah late at night and asks for advice to improve his popularity, a move that does not sit well with the First Lady. 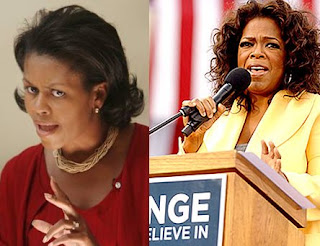 "Michelle thinks he should turn to her, not Oprah, for that kind of advice," the book quotes an anonymous source.


The President asked his wife to make peace with Oprah, sources reveal to the author, and that is why Michelle taped a May, 2011 interview for one of Oprah's final shows.

That peace offering has done nothing to stem the now-ingrained dislike that both women have for each other, according to Klein.