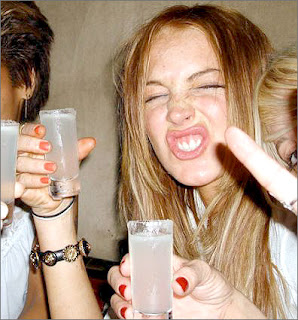 Lindsay Lohan angered a Los Angeles judge in 2010 by not appearing for a probation hearing and when she finally returned from partying at the Cannes Film Festival in France, she was ordered to wear an alcohol-monitoring ankle bracelet and submit to weekly drug testing.