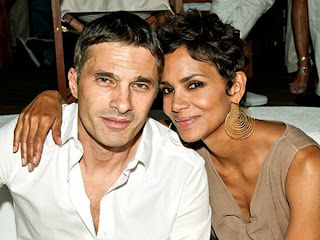 Olivier Martinez responded when was asked if he is engaged to Halle Berry: "Yes, of course it's true," in an interview with "The Miami Herald".
But Martinez would like to clarify one detail that news outlets have been getting wrong: "There is a jeweler taking credit for doing the ring and it's a lie! They have nothing to do with this," he states to the paper.

The ring was actually designed by Paris jeweler Robert Mazlo, whom Martinez describes as "a real artist" whose family has been designing jewelry for "kings and queens for many centuries." 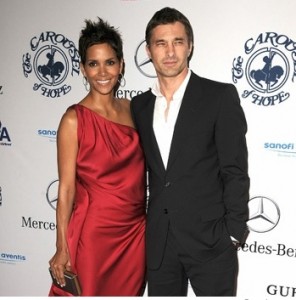 Just for the record, Martinez and Berry met while costarring in the 2010 film "Dark Tide."

It has to be mentioned that Berry was previously married to baseball player David Justice and singer Eric Benet, while Martinez dated Australian pop star Kylie Minogue for many years. Also Halle Berry 's daughter with ex Gabriel Aubry turns 4 this month!
Feel free to comment and share this blog post if you finfd it interesting!