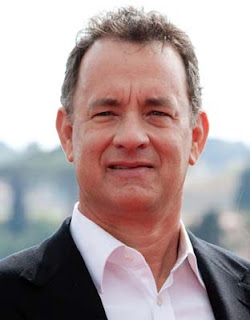 From the looks of the trailer, viewers can expect a defense of the Obama's decision to bail out Wall Street and the auto industry during the severe economic crisis. The trailer also touches on healthcare reform and Osama bin Laden, who was killed in a 2011 U.S. raid of his compound in Pakistan.

The video opens with Hanks' familiar voice, asking voters to look at the last four years in their entirety, and not just the headlines of a given day. "How do we understand this president and his time in office?" Hanks begins. "Do we look at the day's headlines? Or do we remember what we, as a country, have been through?"
Watch the trailer for "The Road We Traveled Below" and look for its full release on March 15.
Feel free to comment and share this blog post if you find it interesting!
Labels: Celebrities