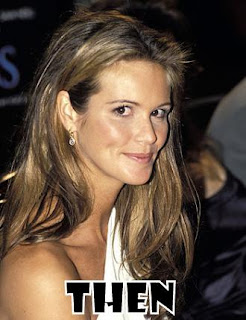 Elle Macpherson has earned herself the nickname "The Body" through her years of modelling.

But rumours are circulating that Elle Macpherson's body may have had a little enhancement, judging by pictures of the supermodel.

The 49-year-old model was spotted looking significantly bigger in the cleavage region, compared to bikini photographs of her in previous years. 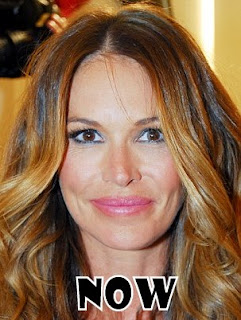 And Abel Mounir, of the "Transform Cosmetic Surgery Group", who has not treated the supermodel, thinks it could be that mother-of-two Elle could have gone under the surgeon's knife in her quest for the ultimate figure. 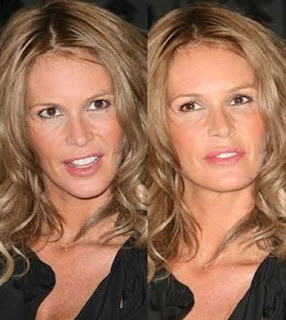 He told Closer magazine: "Her breasts look noticeably fuller and rounder - she seems to have gone from a small A-cup to a full C. Her bust is also very pert for a woman of 49, sitting high on the torso. This could be down to a very subtle and successful breast enlargement and having modest implants along with a lift to achieve a full, pert bust." 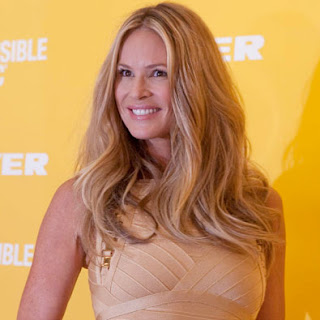 However, in an interview back in 2006, Elle stated she was against having surgery. 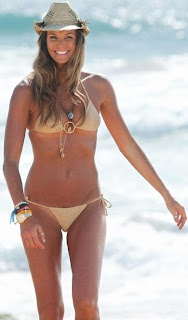 She claimed: "It hasn't occurred to me to intervene with the course of nature to date.I have a strong aversion to putting anything artificial inside my body. I don't even take aspirin."

Elle also previously credited a healthy diet and regular exercise for maintaining her figure.
She revealed: "I eat what I want, but I don't want what most people love anyway. I don't love bread, I don't love pasta. But I don't restrict myself." 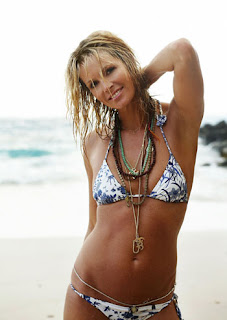 However, celebrity personal trainer Nicki Waterman says Elle's larger bust area is unlikely to solely be down to exercise. 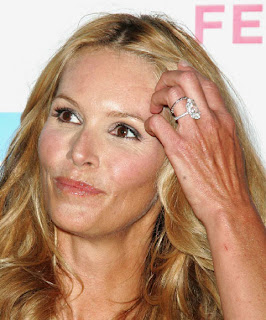 She stated: "At 49, she'll be working very hard to keep her figure. But there is no exercise you can do to increase the volume of your bust.You can work on your pecs but there's no definition there - her boobs are not down to exercise."
Some gossip websites seem to beleive that Elle MacPherson has undergone a few plastic surgery procedures. There are rumors that she has undergone Botox, Nose Job and Lip Augmentation. 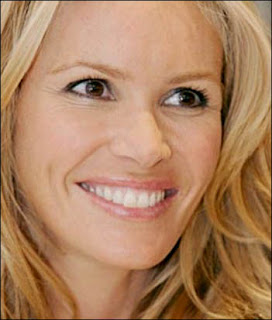 Once Elle MacPherson said, "Sometimes I really see that I’m the one that hasn’t done anything because I think, "People must think oh my God, she looks old.""

Knee Wrinkles  ( Natural or Due to use of Collagen ?? ) 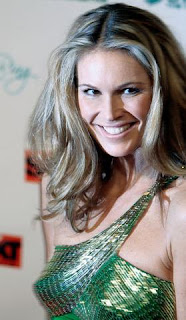 "Her lips are very subtly plumped, likely with Juvederm. I suspect that she's also undergone noninvasive skin tightening treatments, such as Syneron's Refirme, to tighten and smooth her face," he explained. 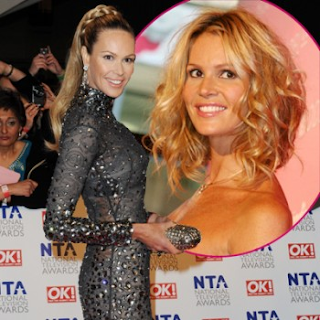 On the other hand, Elle Macpherson denies all the plastic surgery claims and believes not going under the knife is her "trick" to looking good.
She said: "I’m a 34C [bra size], absolutely natural. The face looks like the face I have, very natural. Not falling into the plastic surgery thing is my trick." 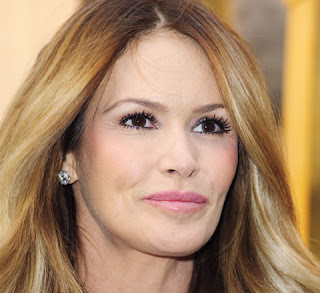 However, the mother-of-two admits to trying Botox in the past, along with other anti-ageing treatments.

She told "The Sun" newspaper: "It didn’t really work for me. I tried a bit of everything. You name it, I’ve tried it. This is as about as natural as you can get."
What do you think?
Feel free to comment and share this blog post if you find it interesting!
Labels: Beauty Celebrities Gossip