A rep for jewelry designer Gurhan revealed  that Olivier Martinez, Berry's boyfriend of more than a year, has given her a diamond-and-emerald engagement ring. 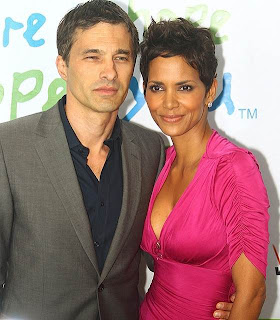 The Oscar-winning actress, 45, costarred with Martinez, 46, a French actor, in the 2010 film "Dark Tide". They soon became an item off-screen.

The couple were most recently spotted last weekend, having a quiet date night at Iris, Cirque du Soleil's film-history-themed show at the Kodak Theatre in L.A.