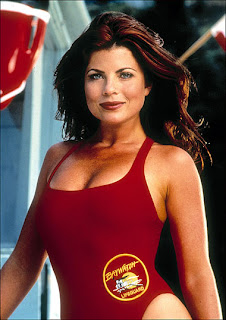 Along with Alcohol, Eddie Van Halen found himself addicted to Crystal Meth because the drug was often found in the Cocaine he was buying on the street. This led to the inability to handle longer tours and performances.

In 2001 Yasmine Bleeth was formally charged with Cocaine possession along with possession of syringes after she swerved into a highway median. Yasmine had recently left drug rehab prior to this incident.

In February of 2003, Nicole Richie was arrested and charged with possession of Heroin and driving with a suspended license. Then in December of 2006 she was arrested again for driving under the influence of Marijuana and Vicodin. Several motorists reported seeing entering the freeway going the wrong direction.

In September of 2005, London’s Daily Mirror photographed Kate Moss snorting several lines of Cocaine. Shortly after the incident she lost most of her major modeling contracts with several international companies. Moss was never arrested because photographs of drug-taking are not admissible as evidence in British Courts. The charges ended up being dropped. 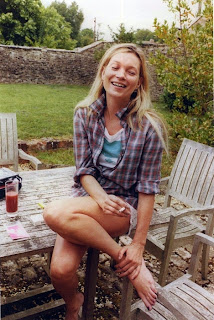 In May of 1995, Gary Busey was arrested for Cocaine possession after being hospitalized from an overdose of Cocaine and GHB from which he almost died.

Courtney Love’s drug problems started at an extremely young age. It is reported that her father gave her LSD when she was only four years old. Love had also reportedly used Heroin during the early stages of pregnancy with her daughter. In October of 2003 Love was arrested in Los Angeles while breaking into her boyfriend’s home. She was also charged with being under the influence of a controlled substance. Just four hours later she was rushed to the hospital to be treated for an accidental overdose of Oxycontin. Throughout 2006, Courtney Love has been arrested multiple times for drug possession and continues to go in and out of rehab.

Did you know that Drew Barrymore is Godmother to Courtney Love’s daughter? Drew Barrymore began drinking and smoking cigarettes by the age of 9. By the age of 10 she was smoking Marijuana, and by 12 she began snorting Cocaine. Fortunately, by the time Drew entered adulthood, she overcame her substance abuse problems. 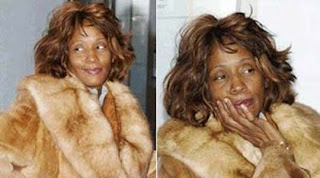 In April 2000, airport security discovered Marijuana in Whitney’s luggage. Whitney has been in and out of rehab, and also has admitted to abusing Alcohol, Marijuana, Cocaine and Pills. In 2006 the National Enquirer published photographs of what was reportedly Houston’s private bathroom. The counters were covered with empty beer bottles, rolling papers, pipes and powder-covered spoons and lighters. Whitney’s sister-in-law claimed that she is addicted to Crack and has nearly overdosed several times. She also claimed that Whitney often punches and bites herself until she is black and blue, thinking that the devil is attacking her.

Robert Downey Jr.’s addiction to drugs started with Marijuana when he was only 6 years old. He was surrounded by drugs, and that was the type of home he grew up in. By the age of 22 he had developed a serious drug problem. He went through his first rehab in 1987, and in 1996 was arrested three times on drug and weapons charges. For the next few years, Downey went in and out of prison and rehab. He continued to use Crack, Cocaine and Heroin. Despite this he continued to act and even won an award on the TV series Ally McBeal all while living in a residential treatment facility. A few months later came another arrest for felony drug possession. Before this even came to trial he was arrested yet again. Despite being sober for over five years now, Robert Downey Jr. still gets stopped by police officers who think he might be under the influence.

The singer was arrested in Las Vegas in September 2010 for possessing 2.6 grams of cocaine, and made a plea deal in January to remove the felony charge as long as he successfully completed the terms of his "informal probation," which included counseling and community service.

Hilton was given a one-year suspended sentence in September 2010 after pleading guilty to two misdemeanor charges related to an arrest for cocaine possession . She was initially expected to face felony drug charges before making a plea deal with Schubert. 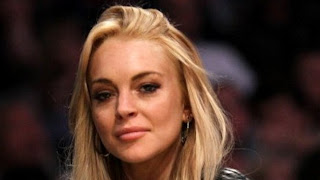 In 2007,  Fresh out of rehab, Lohan was seen playing in the snow with a "friend" in the bathroom of a L.A. nightclub in a secretly recorded video. The girl who sold her out also spilled details about the long list of Hollywood men Lindsay has slept with...

In 2007, Curtis has the benefit of the doubt since there's no visible cocaine in the video, but you can't tell us that you haven't walked in the back room at a party and seen something similar going down. If anything, the scandal was worth it just to hear 50's hilarious response a few days later.

Cocaine can be extemely addictive.

There is a long list of celebrities who suffered from drug and alcohol abuse and now have completely recovered by going on rehab centers. But unfortunately, there are others who didn't make it and  left us. The message is : "Don't do drugs. Drugs will kill you".