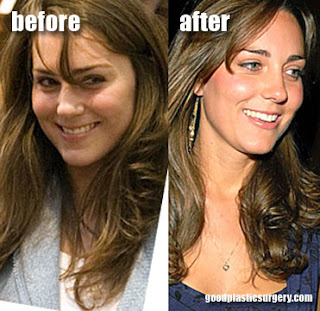 
After comparing pictures of her from 2006 and 2010 ), the website "Good Plastic Surgery" concluded that she benefited from a nose job and surgery to remove bags under her eyes. 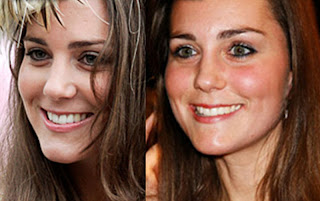 Her nostrils and the tip of her nose are thinner, the website claimed.


As for her eyes, “I like the work she had done. It is very subtle and makes her eyes stand out more. Her plastic surgeon is marvelously talented,” the website said. 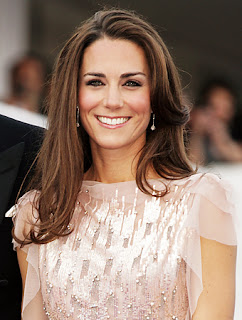 Some think she has gotten dental veneers, going against the stereotype that bad teeth and being British are nearly synonymous. That’s based on some photos where she has a toothy smile.


Middleton is not buxom, but that hasn’t stopped people from speculating about possible breast implants, especially since she looked quite flat-chested in a fashion show at university.
If any of that is true, the work was so subtle that it’s hard to distinguish from beauty that’s totally natural.

The cosmetic medicine website MakeMeHeal.com concludes that “Kate Middleton looks like she is a natural beauty.”
Photos taken from GoodPlasticSurgery.Com