Steven Tyler, an "American Idol" judge and singer of Aerosmith, says he has been off drugs for more than a year but "got high" with his band's guitarist, Joe Perry, in 2008 after years of sobriety.

Perry has not commented. Tyler, who was once addicted to drugs such as heroin and has been to rehab several times, talks about his sobriety in an interview with People magazine and details his past substance abuse in his memoir, "Does the Noise in my Head Bother You?", which is set for release on May 3. 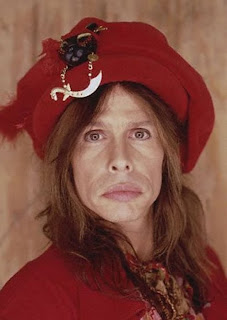 Tyler told Rolling Stone magazine that he Perry did drugs together in 2008 while they worked on new music for the band. The Associated Press said the substance in question was prescription pills. 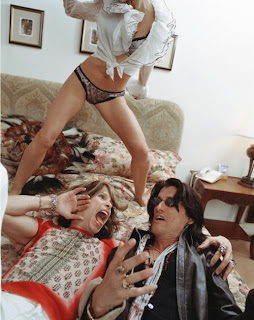 Tyler and Perry were once dubbed "the Toxic Twins" due to their reported drug and alcohol abuse, especially in the 1970s and 1980s. Tyler's latest stint in rehab came in late 2009, when he was treated for an addiction to prescription painkillers resulting from 10 years of performance injuries.

"Left up to my own devices," Tyler told People magazine regarding his past drug abuse, "I probably would have been dead several times over." 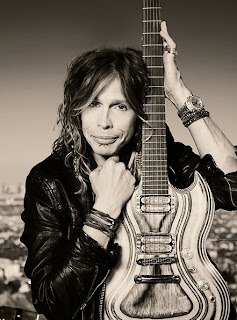 Steven also admits  "I made no qualms about being a drug addict in the '80s and getting sober. I have an addictive personality. It's a daily process, and I've got to keep my eyes open. I don't want it to bite me in the ass. I've got to be careful."
Steven says that he now gets his kicks from something else.

"If you think going out in front of high-def cameras and millions of people I'm not high on adrenaline, you're crazy," Tyler, 62, told People magazine. "I'm stoned when that curtain drops. I just don't snort the curtain dropping. I don't snort J. Lo either, though I do breathe her in."