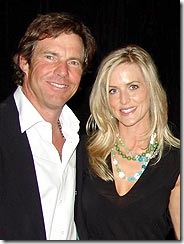 Dennis Quaid's wife, Kimberly Buffington-Quaid, has filed for divorce due to "conflict of personalities," according to TMZ.

Buffington-Quaid's divorce petition reportedly states that the couple's nearly eight-year, "insupportable" marriage has no "reasonable expectation of reconciliation."
Dennis and Kimberly married on July 4th in 2004 at an intimate ceremony on his 500-acre Montana Ranch. The pair have two children together, 4-year-old twins Thomas Boone and Zoe Grace. 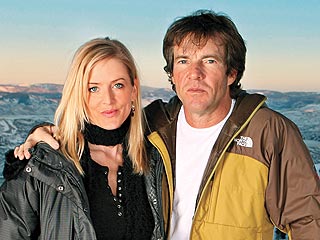 Dennis and Kimberly are currently sharing custody of their young children, and under a custody order, neither parent is permitted to take their children out of the state or remove them from school without joint agreement or a judge's orders.

While Kimberly is petitioning for a fair division of the couple's total assets, Dennis' rebuttal reportedly outlines that he wants her to walk away with nothing.