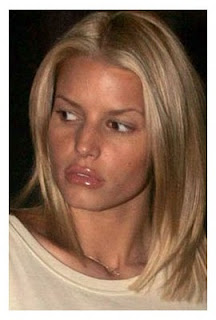 There are many rumors that Jessica Simpson has gone under the knife for multiple plastic surgery procedures. Jessica has denied plastic surgery rumors except one thing she's admitted has plumped up: her lips! "I had that Restylane stuff," Simpson told Glamour magazine in 2006, adding that she was disappointed in the results. "It went away in like four months...(but) thank God! (They) looked fake to me. I didn't like that." 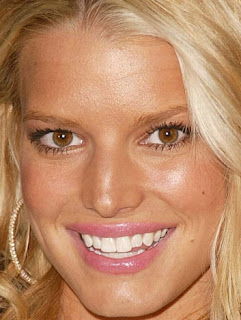 Jessica Simpson undoubtedly is the frequent subject of rumors about having a breast augmentation, which is not confirmed, but she has expressed interest in having a breast lift in the future if breasts begin to sag. Actually Jessica talked openly in the August 2007 issue of Bazaar about the idea of plastic surgery.


Jessica makes a point to say that while she hasn't gone under the knife just yet, she certainly isn't ruling out the idea. "I've had none. But maybe after having kids, if my boobs dropped down to my belly button, I would get them lifted. Maintenance. But you know, my boobs are real," Jessica revealed. 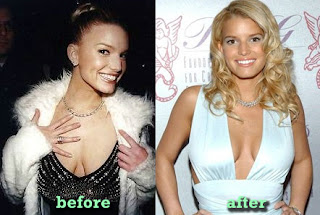 During the same interview, Jessica Simpson talked about her lips: 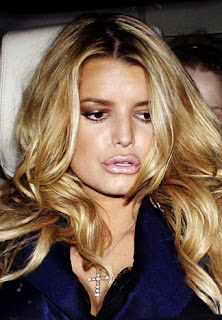 "I did Restalyne- I was going through an emotional time and I thought maybe if my lips were bigger people would think it was sexy. It only stays for four months. I looked like a blowfish! I looked so goofy! I prayed every night, "Please let them go down!" But where does it go? I know I have the butt chin. I wonder if it made my butt chin bigger? Where did it go?”…Its gone now- these are my lips! I have good lips. I don’t know why I did it. I was going through a hard time-I was going through a divorce!" 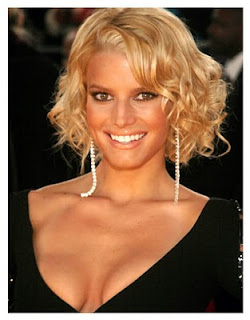 Judging by the before and after photos, it appears that Jessica Simpson had a breast augmentation. Jessica had lost a lot of weight on the Atkins diet and it showed in her chest.

The truth is that Jessica Simpson has always had large breasts , at least a D coup, but her breasts have that natural sagging of that size of breast in some public appearances.  In the occasions that they look a bit more rounded and "up",according to some plastic surgeons, it could be the result of the use of push up bras or some special tapes common for many stars.


"Been getting lots of questions about my breast reduction.....not to worry...I love my boobies," Jessica wrote.

It has to be mentioned that her father and manager Joe Simpson in a rather bizarre interview with GQ in 2009 revealed that Jessica is a D-cup bra! 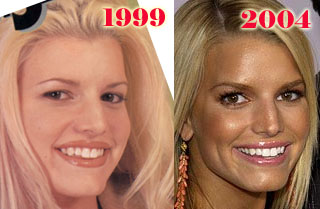 "Jessica never tries to be sexy. She just is sexy," he claimed at the time. "If you put her in a T-shirt or you put her in a bustier, she’s sexy in both. She’s got double D's! You can’t cover those suckers up!" 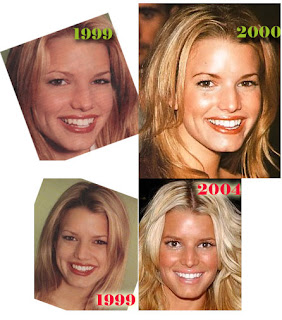 Judging by the before and after photos, Jessica appears that she has changed her whole face. Her nose has a new bridge now  (smaller than before) and her eyes indicate that she had a blepharoplasty. Her eyes are now lifted and  look bigger. 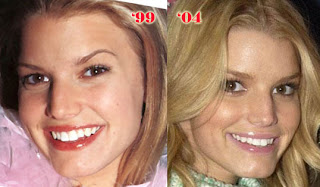 To conclude, many celebrity watchers consider that Jessica may have done a lot more than what she admitted, probably a nose and chin job, cheeks and eye job.   About botox Jessica stated :  "Not Botox — I’m too young to do Botox! I’m only 26! Who needs Botox at 26? That’s some hard partying!" 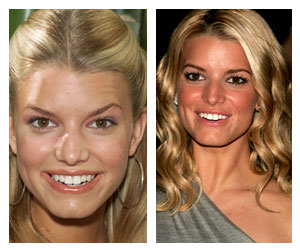 Has Jessica Simpson gone under the knife for many plastic surgery procedures?