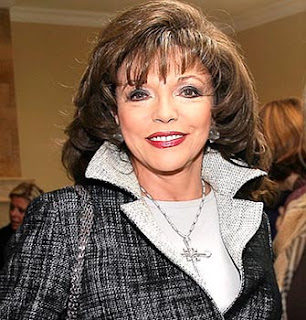 78 year old Joan Collins has been the spokesperson for an  anti-aging cream, called "Cellex-C Age-less 15 Skin Signaling Serum". According to reports, Joan has been less than kind when discussing plastic surgery:

The "Dynasty" star denied having plastic surgery, claiming lipstick was her secret weapon in the fight against aging. She said: "The most glamorous thing you can do is use lipstick."Joan, who in 2007 revealed her top tips for staying young in her book "The Art Of Living Well" – has previously made her position on surgery perfectly clear, and recently described Botox as "poison". She stated: "Everyone should do what they want. If they want lips like a trout let them. Plastic surgery is the plain women’s revenge." 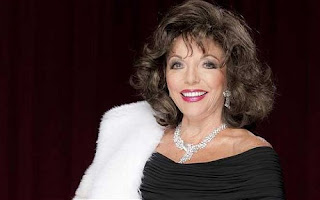 But  according to Miami plastic surgeon Dr. Michael Salzhauer   "Joan Collins appears (emphasis added) to have stayed so "fresh- faced" looking through multiple cosmetic procedures such as a facelift, browlift and eyelid surgeries."

And Dr. Paul S. Nassif, a Facial Plastic and Reconstructive Surgeon and Rhinoplasty Specialist in Beverly Hills, California, said, "Joan Collins appears to have had a facelift, browlift, Botox, facial fillers, and possibly a rhinoplasty at some point in her life. Her work appears overdone, and she would not benefit from having any additional procedures at this time." 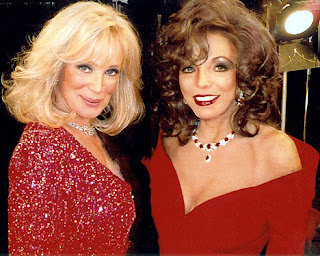 Joan Collins doesn’t openly say whether she has had plastic surgery or not.

Comparing her photos from the peak of her career to her most recent ones, it’s hard to tell.
As for how Collins keeps her still-youthful appearance,she  claims she has had help from neither knife nor needle.

"It frightens me," the author of "Health, Youth, and Happiness: My Secrets" and "The Art of Living Well" says of cosmetic surgery. 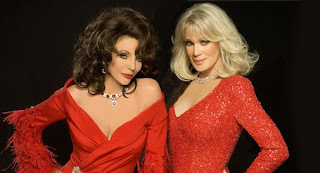 "Botox, I think, is poison, I would never put it into my face, and I'm needle-phobic. I spend a lot of time keeping my face out of the sun and taking care of my skin and wearing makeup."

It seems that Joan Collins has changed her opinion ,considering the fact that in a recent statement in 2012 has openly admitted to having Botox.

Collins revealed that she tried the anti-ageing treatment once in an interview with "Glamour magazine". 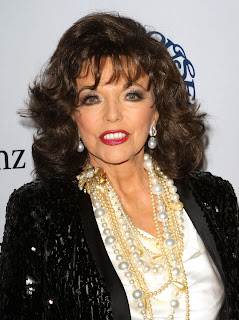 Collins revealed: "I had it once on my forehead and it hurt like hell."

Despite dabbling with the cosmetic treatment, the 78-year-old says she won't be investing in it again after hearing various horror stories.

Collins continued: "I have girlfriends who've had Botox and been left with lumps in their faces. And the lips, don't even get me started."

She also said that she was not offended that many people think she has had cosmetic procedures, saying: "No, no. But you know what they say about plastic surgery, don't you? It's the plain woman's revenge." 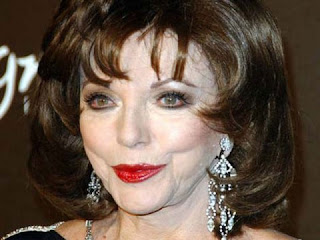 "And the truth is I've always taken very good care of my skin, and always, always worn make-up."
Do you think that Joan had gone under the knife many times as the plastic surgeons claimed or she only had botox as she recently admitted?
Feel free to comment and share this blog post if you find it interesting!
Labels: Beauty Celebrities