Does Kim Kardashian Have Breast Implants ? 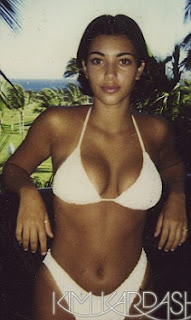 The big question in showbiz is: "Does Kim Kardashian have breast implants?"

Reality tv star Kim Kardashian is sick and tired of people implying or -much worse- supporting their opinion that she's a plastic surgery addict and vehemently denies ( once again !) that she has ever gotten breast implants.

"I'm totally not against plastic surgery," Kardashian, 29, revealed on Nightline May 24th. "I've tried Botox before. That's the only thing that I've done." 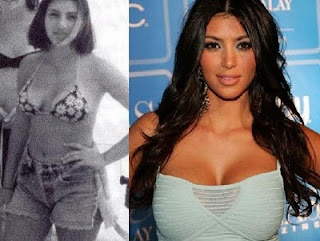 She added: "I've never had my nose done [or my breasts]. Trust me. If I take this bra off, you will tell me I need to get them done [because my boobs are saggy]." 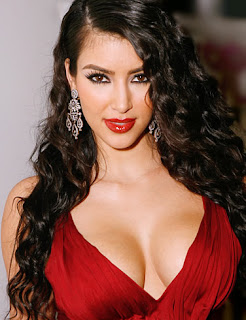 Kardashian is annoyed that people constantly gossip that her face and body are fake. 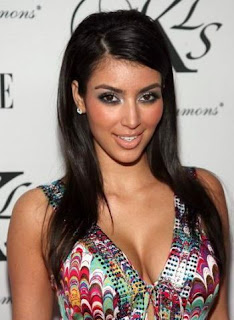 "My nose is my biggest insecurity," Kim confesses. "I always want to get my nose done...I went to the doctor, I had them take the pictures, he showed me what it would look like and it just didn't [look right].  I wouldn't look the same." 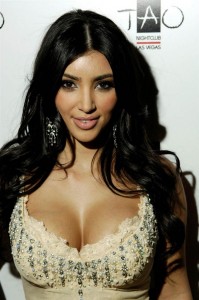 Kim Kardashian got even further and posted a denial on her personal website which is accompanied by a voluptuous photo of herself in a bikini at age 14. "I have decided to post this picture to finally put all of the plastic surgery rumors to rest!" Kim Kardashian wrote. "I hope after seeing this you guys will never ask me a plastic surgery question again!" 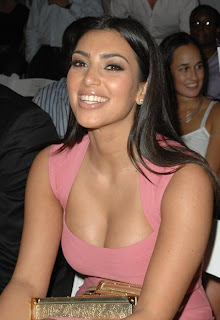 A fan of Kim, goes by the name "Curious Cat," posted a question on her web, asking what kind of cosmetic surgeries she has done that she has curvy figure. In addition to "breast implants and lip injections", the fan even assumed she has more than both. 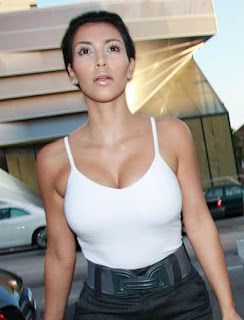 Quickly setting the record straight on that matter, Kim posted an answer Monday, October 6, writing "I HAVE NOT EVER HAD PLASTIC SURGERY!!!" adding "I have had a size C since I was 11 years old!" However, that doesn't mean she is against plastic surgery, claiming she is planning on a breast lift, but just not yet. "One day I will definitely get a lift, but I am waiting until after I have kids," Kim admitted. "Until then I rely on a great supportive bra!"
Judging by the before and after pics though, it does appear that her breasts have gotten unnaturally larger.
What do you think?
Does Kim Kardashian have breast implants?
Feel free to comment and share this blog post if you find it interesting and useful!
Labels: Beauty Celebrities Gossip