Kelly Preston got pregnant at 47!

In spite of the fact that we were all excited about Kelly Preston's pregnancy, we couldn't help but ask: "Did Kelly Preston get pregnant naturally?"

According to experts, the odds of getting pregnant in your early 40s, let alone your late 40s, is difficult enough.According to the American Society for Reproductive Medicine, women over 40 have just a 5 % chance of getting pregnant each month  and that includes both the natural way and through assisted reproduction, including artificial insemination and with in-vitro fertilization. 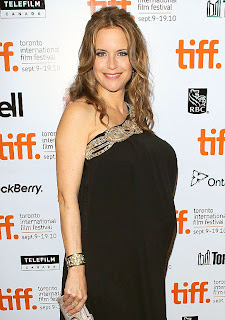 There is speculation that Preston used an egg donor, an option that many other women choose to avoid the possibility of a baby born with birth defects.


We have to take into consideration one major factor...Because the eggs of older women are less likely to develop, someone Preston's age is also more likely to miscarry ( a 53 % chance of what is referred to as a "spontaneous abortion" ) than, say, a woman in her 20s to mid-30s who has a 10-12 percent chance. 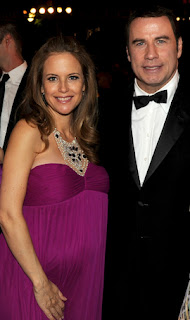 On the other hand, doctors claim nowadays that it's not that difficult to get pregnant in your late 40s or early 50s as long as you have two things: someone else's eggs and at least $16,000 or so.

"Most women can get pregnant with donor eggs," stated Kreiner, the medical director of East Coast Fertility in Plainview, New York. "The only reason you wouldn't be able to is if you have problems with your uterus, such as scarring or fibroids we can't operate on. But only about 1 to 5 percent of women have those problems."

Some of you may wonder: " With donor eggs, could a woman get pregnant at, say, age 80?" 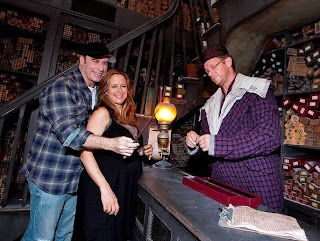 "Theoretically, one would think there's no age limit," Kreiner revealed. "But it hasn't been tested."


It has to be mentioned that Preston hasn't made an official statement about whether she conceived naturally or with the help of donor eggs or any other form of technology.

Reproductive endocrinologists claim that when celebrities get pregnant late in life, women sometimes assume they got pregnant naturally. 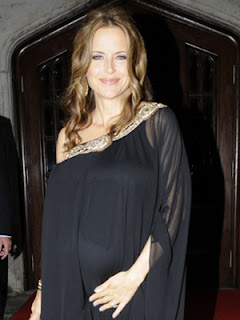 "They come in and say, "Well, so-and-so got pregnant, and she's 47. My husband and I have been trying for so long. Why can't I get pregnant?' " declared Dr. Hilton Kort, founder of Reproductive Biology Associates in Atlanta, Georgia. "I try to explain to them, we don't know how that celebrity got pregnant."

According to doctors, the chances of getting pregnant naturally at the age of 40 are slim to none! 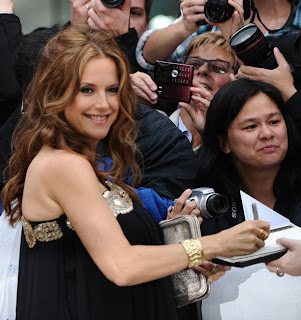 "It’s common knowledge in the medical/fertility world that it is extremely unlikely that a woman will conceive using her own eggs after the age of 43," confirms Lauri Berger de Brito, Co-Director at Agency for Surrogacy Solutions, Inc. & Agency for Fertility Solutions.

"I bet that it is a donated egg" that Kelly used to get pregnant, states Professor Masood Khapamee of NYU School of Medicine. "Donor eggs are often the preferred and most successful method" for a woman Kelly’s age, confirms Dr. Jacques Moritz, Director of Gynecology at St. Luke’s-Roosevelt Hospital. 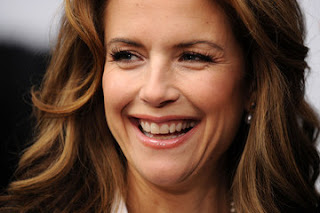 "I think she used IVF — In vitro Fertilzation (the process of fertilizing an egg outside of the womb and then implanting it inside) — with a donor egg," adds Dr. Douglas.

The whole process "is not risky for the woman herself," explains Dr. Svetlana Kogan, founder of The Doctors at Trump Place. "However, there is a huge chance that a fetus will have birth defects: for example, a 1 in 40 risk of Down syndrome and a risk of 1 out of 10 for any other birth defects (hydrocephalus — collection fluid in the brain, cardiac malformations, cleft palate, and other chromosomal abnormalities." 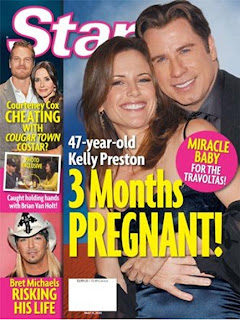 But, "to make sure the baby doesn’t have a genetic abnormality, we do a PGD (preimplantation genetic diagnosis)" reveals Professor Khapamee.

So, the question is: Do you still beleive that Kelly Preston and many celebrities that got pregnant at their 40's or 50's got pregnant naturally? Give it a second thought!