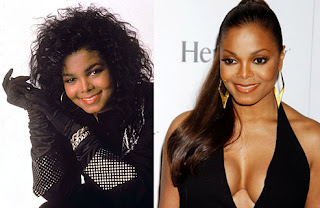 Janet Jackson, 45, has transformed thanks to plastic surgery, extreme dieting and rigorous exercise.

Doctors claim that now it’s time for the yo-yo dieting and plastic surgeries to stop. 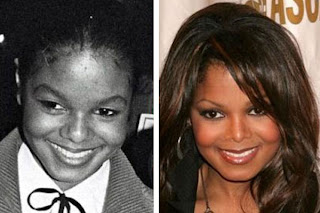 It has to be mentioned that according to medical experts dramatic weight loss and gains create unhealthy levels of stress on the body.


Even cosmetic surgeons urge Janet Jackson to avoid further plastic surgery procedures. Her brother, Michael, didn't manage to follow such advice. As a result, he turned himself into an object of mockery. 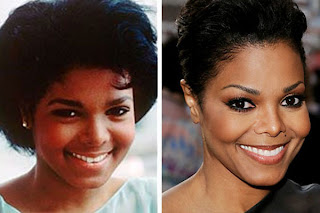 Janet is rumored to have gone under the knife for multiple plastic surgery procedures.

A couple of things that are quite clear is that she has had breast implants, a nose job, liposuction and possibly facial surgery such as cheek implants to mention a few. 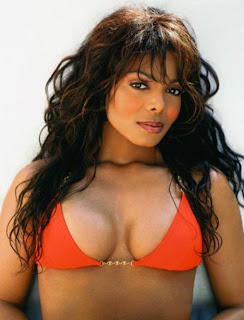 It appears that Janet has had eyelid surgery to open up her eyes more. That could be achieved using a technique called "blepharoplasty" to remove excess fat and skin above and below the eye. She has definitely a nose job or two to narrow it up and refine the tip (It has to be mentioned that the nose job is rumored to have been done as early as when she was 16 years old, but it has not been confirmed yet.) . Although Janet has always had very pronounced cheek bones, she may have  had cheek implants as well. Actually, judging by the before and after photos her cheeks look like they are hanging over on themselves, which is never a good thing! 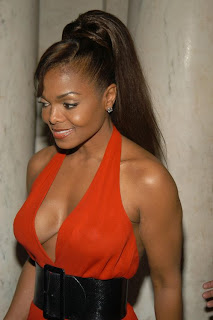 Many plastic surgeons agree, she later got breast implants.


In her book, Janet traces her unhappiness with her body back to 1979, when she was an 11-year-old with early-developing breasts on the TV show "Good Times."

Janet Jackson revealed: "Before production began, I was told two things: I was fat and needed to slim down, and because I was beginning to develop, I needed to bind my breasts. In both cases the message was devastating—my body was wrong. The message was also clear—to be successful, I had to change the way I looked." 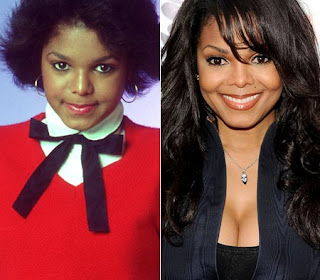 If you take a close look, you will notice that Janet has a giant dent in her boob. 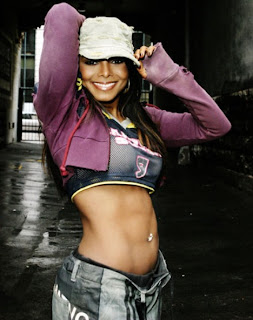 Local cosmetic doctors aren’t impressed with the changes that her nose job made, but most claim she looks good and should do nothing more, other than modest treatments such as skin care.


Plastic surgeon Dr. Terry Dubrow of Newport Beach believes that Jackson may have benefited from modern cosmetic treatments, which have improved on earlier work that made her nose and breasts look fake. He declared: 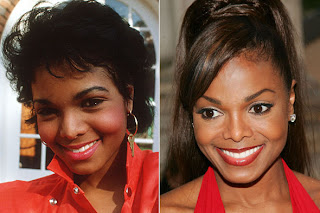 "Janet Jackson is a great example of how plastic surgery has changed through the years. If you look at the earlier photos of her nose and breasts she has an artificial look to these areas. Now either through the natural relaxation of time or modern day revisions she looks beautiful and more natural consistent with how we do modern day procedures. The key today is to have no signs of having had surgery, which she’s looking more like now." 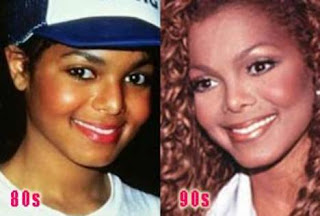 Plastic surgeon Dr. Val Lambros of Newport Beach stated "I think she looks great except for the nose." If she were his patient, " I’d tell her to do nothing and to stop being insecure," he told. 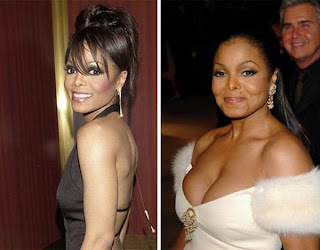 "Janet Jackson looks good!" quoted as saying plastic surgeon Dr. Ed Domanskis of Newport Beach. "I am sure she is understandably very cautious of having cosmetic surgery on her face because of her brother Michael’s misadventures! I would recommend a non-surgical procedure like Thermage (i.e. radiofrequency waves)  for her face and eye area to achieve some tightening in those areas." 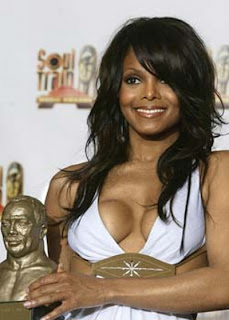 Plastic surgeon Dr. John Di Saia of San Clemente and Orange stated "I think she’s had her eyes and nose done in addition to her breasts. Facially I’d leave her alone. Breast-wise I would need a better exam, but if her implants are silicone-gel-filled and older, an exchange would be reasonable plus or minus a lift."

"Janet Jackson has aged very gracefully. Her nose has been shaped but her overall appearance is quite natural. When looking at the photos of her at age 14 in comparison to age 44 we see how there is dramatic similarity, which is often the goal of any cosmetic procedure. Looking at the softness of her laugh lines, one can think that this incredible genetics or fillers such as Juvederm or Restylane. The latter is more likely in someone her age. My advice is get on a medical skin-care routine and keep looking natural. No major surgery or procedures! She looks great." 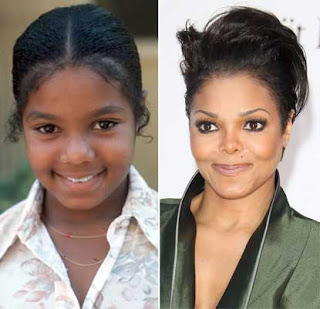 "Janet Jackson has obviously had breast and nasal surgery, likely multiple of both. I would not recommend any further plastic surgery at this time. Skin care and non-invasive [laser-like] tightening treatments such as Pelleve, Thermage, Profecta, or Ulthera could be offered for maintenance. As she ages and loses volume in her face, I would offer Sculptra (filler) to keep her face youthful. At this point, Janet would be given a printed sheet of music lyrics that I give to patients who don’t need anything — Bruno Mars, "(You Are Beautiful) Just the Way You Are."