Rick Santorum Asked To Take A Photo Of Lindsay Lohan ! 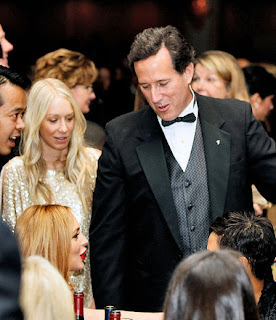 Rick Santorum did not take a photo with Lindsay Lohan last night , but sources at the White House Correspondents' Dinner revealed to the celebrity gossip website TMZ that he took one of Lindsay Lohan.

According TMZ, inside the party, Lindsay Lohan was sitting with Fox News personality Greta Van Susteren when Santorum came up to say "hello". Lindsay was reportedly asked to take a picture of him with Greta using his camera, which she did.

Then, Rick Santorum asked to take a photo of Lindsay using his camera. 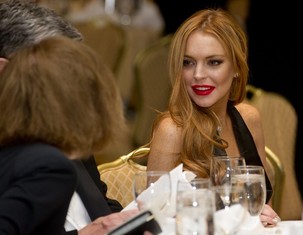 Lindsay Lohan smiled and obliged and Santorum then went on his way.

When Rick Santorum was asked by TMZ about the picture after the party, he played dumb about the photo.