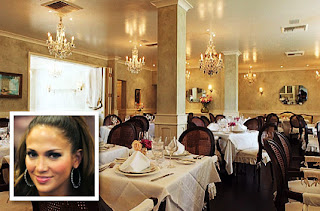 Jennifer Lopez launched an elegant Cuban restaurant in April of 2002.

It has to be mentioned that some of her celebrity friends made an appearance at the opening night, including Ben Affleck, Nicole Kidman, Jay Leno, Christian Slater, Edward James Olmos, Vivica Fox, Maria Shriver, Carmen Electra, Brooke Shields and the Lakers' Kobe Bryant. 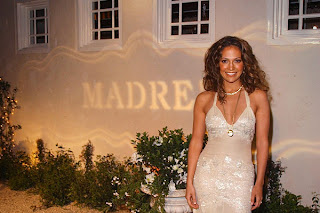 When you say "Cuban restaurant" to most Los Angeles citizens , they probably think of a very popular Versailles restaurant.  Jennifer's Madre's restaurant was an elegant room with white linens and lace ruffles on the tablecloths, crystal chandeliers, fine woods and even an in-house cigar maker for those famous Cuban cigars located in the upscale South Lake district of Pasadena.

As Jennifer stated then: "It's a family restaurant with a little bit of sexiness to it." 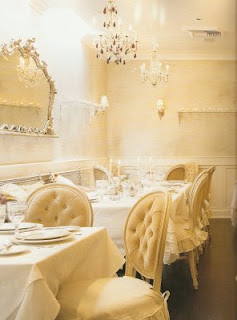 "Madre" means "mother" in Spanish and Jennifer Lopez claimed she named the restaurant that because she wanted it to be like dinner at her mom's house: "with good cooking, and it feels nice inside." It was a family-run business, serving Cuban and Puerto Rican food prepared by "Chef Rolando" of Cuba. Jennifer Lopez promised to show up at the restaurant "all the time". Jennifer even hired her first husband, Ojani Noa, to run the place, but fired him six months later (which led to him suing her for alleged breach of contract).

It has to be mentioned though that Jennifer was also involved then as an investor with "The Conga Room", a Latin salsa/dance club on the Miracle Mile. 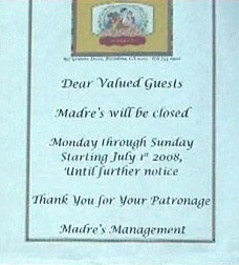 Jennifer Lopez's restaurant was open for lunch and dinner, 11 a.m.-10 p.m. on weekdays and it was open until midnight on Saturday, but it was dinner only on Sunday, 4 p.m.-9 p.m.

It was not an inexpensive restaurant. But you should have made reservations in advance.
Jennifer Lopez's restaurant Madre's unfortunately closed its doors in July of 2008.
Feel free to comment and share this blog post if you find it interesting!
Labels: Celebrities Gossip