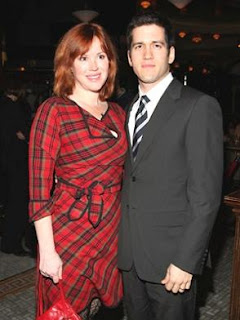 Molly Ringwald has been dating many men through the years...

Molly married Panio in 2007 after a whirlwind romance and now they have three kids (including a pair of twins!). Panio is from  Greece. Molly states: "At the time I had no clue what he was saying. I was simply luxuriating in the sound of the foreign tongue. "Santorini. Mykonos. Skiathos …," he murmured in between kisses. I whispered back one of the few Greek words he’d taught me — the one that means "more."" 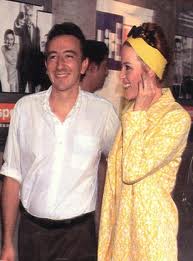 Molly met French writer Valery Lameignere when she decided  to live in Paris. After a very long engagement, they got married outside Bordeaux. 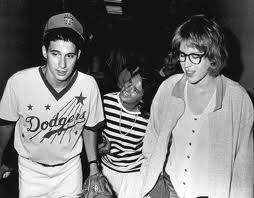 Molly and Ad-Rock met on the set of "The Pickup Artist" because one of his songs was featured on the soundtrack. Shortly after falling in love, Ad-Rock moved out to L.A to be with Molly, and they split a year later. 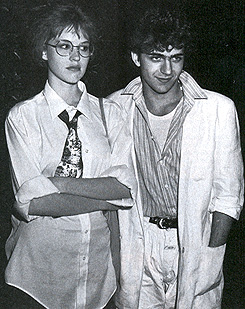 Frank Zappa’s son Dweezil met Molly when his sister Moon Unit  introduced them. Dweezil and Molly enjoyed a typical 80's-style romance, in which they wandered around in floral prints and wrote songs together.

Molly claimed: "I respect him and he's really gorgeous." 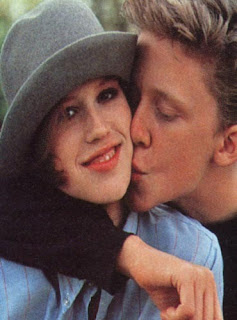 Molly and Anthony met on the set of "Pretty in Pink", where Molly played an awkward teen who had to deal with the school geek’s (Anthony Michael Hall) crush. Clearly, awkward teens who are secretly teen idols attract, because Anthony and Molly dated during the filming of their next movie, "The Breakfast Club"!

What do you think of the men that Molly Ringwald has been dating through the years?