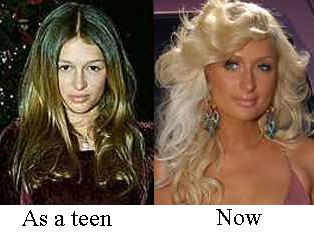 Paris Hilton is rumored to have had at least two nose surgeries, one in 2001 to build up her nose's bridge, and a second one to slim down the tip of her nose. It now looks like a bird-like tip.

Over the course of her supposed "career" many people have always seemed to comment and poke fun at Paris Hilton's nose, often referring to it as a "beak" or "witch nose".

And while those comments may be a bit extreme and cruel, there is no doubt that her nose has changed dramatically around the time of 2004. 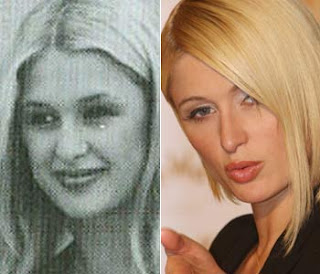 On the other hand celebrity heiress Paris Hilton has vowed never to have plastic surgery because she is convinced it makes people look older. Paris denies all plastic surgery rumors and insists she has never gone under the surgeon’s knife and swears she never will... 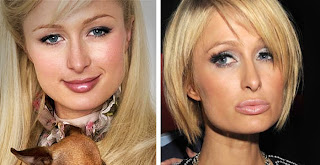 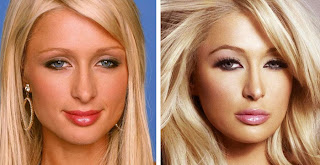 Paris Hilton's representative Elliot Mintz has also dismissed the plastic surgery rumors, stating "To the best of my knowledge, Paris has never had any kind of cosmetic surgery and has not mentioned any medical procedures having to do with her eyes."
Has Paris Hilton gone under the knife?
What do you think?
Feel free to comment and share this blog post if you find it interesting!
Labels: Beauty Celebrities Gossip