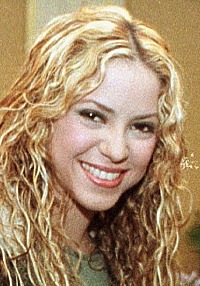 Shakira has laughed off reports that she recently went under the knife for a nose job.

In September of 2009, in an interview with Colombia newspaper El Tiempo about whether she had ever had plastic surgery, Shakira responded, "Mis senos definitivamente no, la nariz puede ser." Translated, that means, "Definitely not for my breasts. For my nose, maybe."

Of course after that statement, Shakira sparked surgery rumours after admitting that she visited a surgeon because she was not satisfied with the size of her nose. 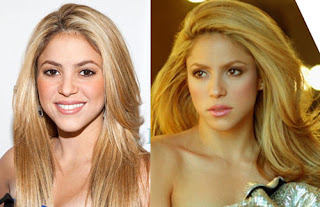 "So many things going on in the world and yet some invent stories about me getting a nose job! Why would a she wolf (apparently the title of her new album) want a smaller nose?" Shakira posted on her Twitter page. 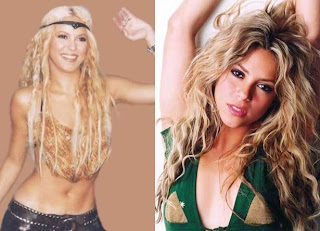 It has to be said that this is not the first time Shakira has talked about plastic surgery. 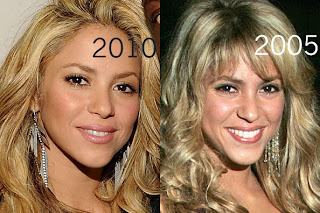 Check out what she stated a while back:
"A few years ago, I considered (plastic) surgery, breast augmentation, and all kinds of things. Maybe my eyebrows should be higher. Maybe my lips should be bigger. It was really making me bitter. I’d think I’m not going to look good for my fans! But eventually I said, "forget it"and I started accepting myself the way I am and realized that I’m just not perfect." 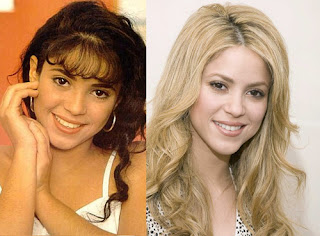 To be fair in older photos, Shakira’s nose appears to have a wider bridge and a more bulbous tip. Her more recent photos show undoubtedly a slimmer bridge and narrower tip, and simply put a more refined and attractive version of her nose, which aided in softening her overall look and creating a more feminine appeal. While the case for a nose job is quite good, you can't be 100% sure whether this is simply a trick of lighting or cosmetic surgery. 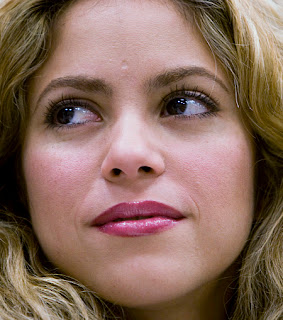 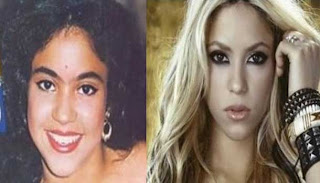 Conclusion: You can't be sure about whether or not Shakira had a nose job, but definitely some very important factors, such as various hairstyles, make-up, eye-brows and the fact that she lost some weight, play a huge role in her appearance and can be misleading. 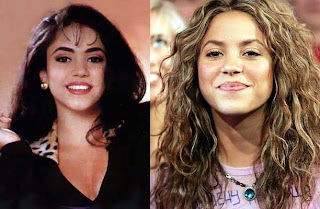 However, we are all well aware of the power of photoshop nowadays. So, probably her nose is quite photoshopped in magazine spreads and on album covers and this might be the reason why the rumors began in the first place. As for her hip replacement, that shows that maybe Shakira's "hips don't lie" but it appears that Shakira's hips do cry...What do you think?
Feel free to comment and share this blog post if you find it interesting!
Labels: Beauty Gossip Shakira