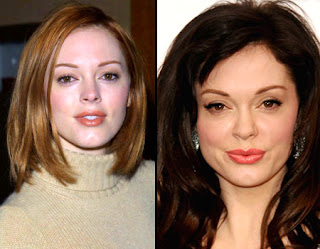 Rose McGowan has confirmed at least one cosmetic surgery.

The official story, and one that McGowan agrees with, was that she was in a car accident in 2007 and that her glasses cut her underneath her eye, leaving an unattractive scar behind: 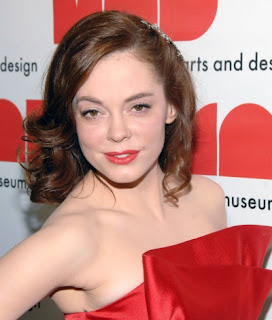 "I didn’t realize I was hurt until I put my hand to my face and felt the flap of skin," McGowan revealed, explaining how she’d felt directly after the accident had taken place.
So the natural course of action was to undergo a cosmetic surgery to repair the damage and to get back to her old look. 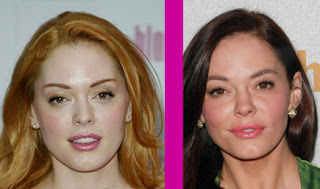 However, there are people that are accusing Rose McGowan of becoming a cosmetic surgery celebrity addict and claim that she had a lot more work done than she’s letting on. According to these speculations McGowan has likely had a facelift, which most deem was an unnecessary procedure, as well as fillers injected into her cheeks to give her a fuller, rounder look. 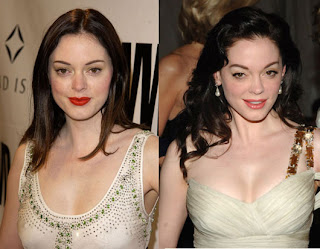 These are also many rumors that she also had a breast augmentation , an eyelid surgery over and above what was needed to correct the damage that she sustained from her car accident. 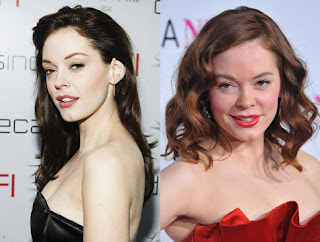 It has to be mentioned that when you take a look at before and after photos and make comparisons depending only on photos from the past and present, it’s very important that you always take into consideration some factors... 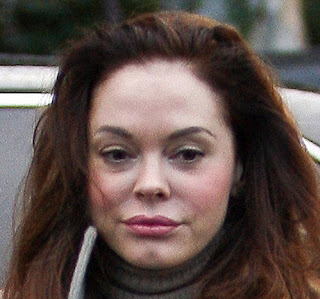 We all know the saying "A picture is worth a thousand words", but that doesn’t mean that the picture always reveals the truth, and especially not in Hollywood. (Don't underestimate photoshop!) 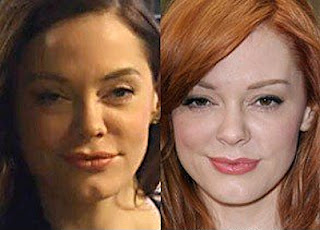 The elements of a photograph, such as the lighting, background, foreground, distance to the subject and even the type of camera the picture was taken with, can all create a different look. 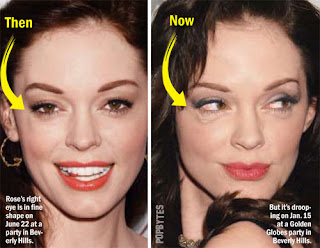 Additionally the subject herself will look different depending on hair, makeup, general dress and any cosmetic changes that have been rendered with makeup. 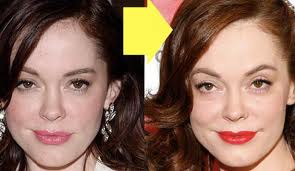 We can't ignore though that there are some noticeable differences in Rose McGowan’s face from even the recent past until today. Her chin appears a little different in shape, her cheeks look rounder, and her eyelids appear to droop a little bit. 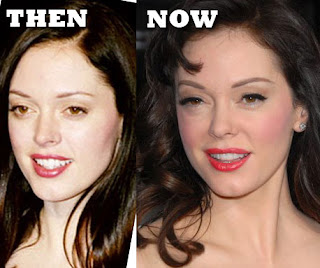 According to plastic surgeon Dr. Jennifer Walden who talked about Rose McGowan's cosmetic surgery on www.popeater.com "I think she’s had soft tissue fillers injected into her face, into her lips, her cheeks, and that has lead to a more unnatural look."
Walden also speculated that McGowan may have had a chin implant as well.

"It looks like she’s had her nose done," Walden added, referring to the changing shape of Rose McGowan’s nose over the years. "The bridge has been narrowed, and the tip looks more refined." 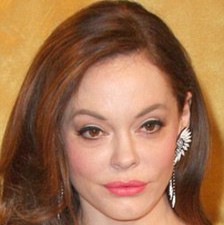 "She has a creepy look to her skin, which is a lifestyle thing," continues Walden, who suggests that long hours on sets may be prematurely aging the actress. McGowan's seeming penchant for facial fillers isn't helping either. "Being over-injected early on can lead someone to look older than their stated age," warns Walden. 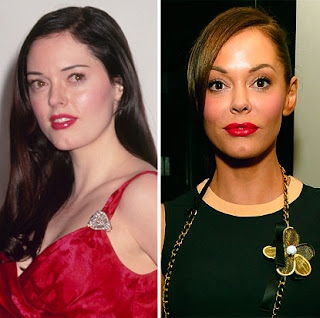 Miami plastic surgeon Dr. Michael Salzhauer states "Rose McGowan does have a different look to her face these days.  She may have had her nose done (Rhinoplasty) as it does appear smaller.  Another reason for her different appearance is that her normally full and round shaped face is much thinner.  She may have lost weight or had some facial micro lipo-sculpture done." 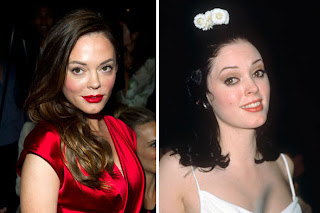 It is important to keep in mind though that Walden has never actually worked on or with Rose McGowan. 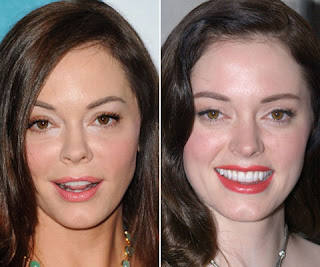 After all, if she had, her statements might be seen as a breach of doctor and patient confidentiality. 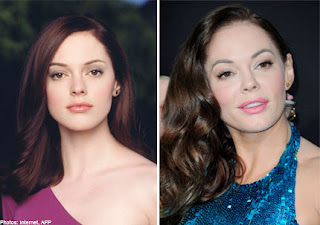 But Rose McGowan's appearance on "Law & Order: SVU" has shocked almost everyone and people began to talk about her looks instead of her performance. Everyone wanted to know what she has done to her face! 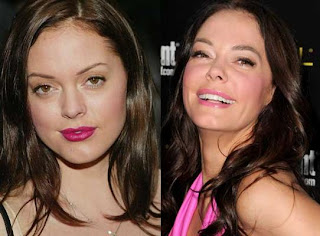 After the "Bombshell " episode aired, fans of the hit show, now in its twelfth season , were quick to weigh in on the 38-year old actresses altered look. And they weren’t complimentary. 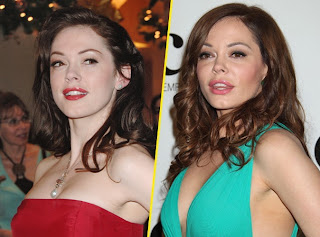 "Rose McGowan used to be BEAUTIFUL, what happened??? I am so sad to see her (previously)gorgeous face looking so awful," commented viewer CW. 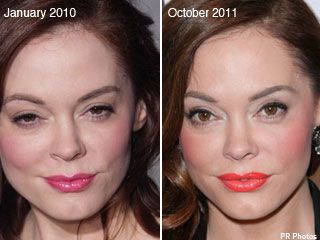 "What the hell did she do to her lips!??," said another viewer, Anya. "She was so beautiful before she did that botched job." 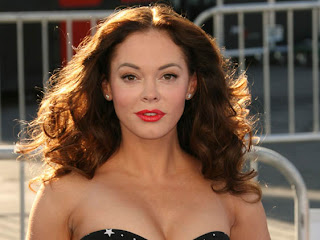 It is more than obvious that Rose McGowan has overworked her face. This is an example of bad cosmetic surgery. Rose looks older than her 38 years. The sad thing is that Rose is getting addicted to cosmetic surgery...Hope that she will stop before it is too late...
What do you think?
Feel free to comment and share this blog post if you find it interesting!
Labels: Beauty Celebrities Gossip